A Portrait Sculpted by Ida Matton

This recently acquired sculpture gives us a fresh and immediate portrait of a young woman. The model plays with a lock of hair, and her forehead is hidden by a tousled fringe. The sculpture was signed by Ida Matton in Paris in 1891. Who the portrait depicts remains unknown, but it was probably one of her close friends. The model’s unconventional pose and her rather dreamy look give the impression of a fleeting moment. Also, it plays with illusion, since the model’s hand extends over the edge of the base. The work shows distinct traits of French naturalism, and the new, freer style that emerged in Paris at the end of the 19th century.

Ida Matton was born in Gävle in 1863.(1) Her family had a leather factory and had an influential position in the city’s business and social life. They could thus afford a good education, and the young Ida moved to Stockholm to study at Wallinska skolan in 1877–81, and subsequently at Tekniska skolan (now Konstfack) in 1882–86.(2) She wanted to be a sculptor, or “sculptress”, as women practitioners were then called.(3)

Like women painters, many “sculptresses” travelled to the Continent, and especially to Paris, to pursue their studies. And Ida Matton followed suit, at the age of 24.(4) In Paris she was one of many Scandinavians at the Académie Colarossi and the Académie Julian.(5) These private academies admitted both men and women to classes in nude drawing, a cornerstone of artistic training. This was crucial, since women were barred from the traditional Académie de Beaux Arts throughout the 19th century.(6) Matton shortly after wrote home to her brother in Sweden: “Be assured that work is now in full progress, and the one who loves it is me. If only you knew how much I’ve already learnt. Every time I think of old Tekniska, it vexes me...”.(7)

In 1888, only a year after her arrival in Paris, Matton made her debut at the Salon. The Salon was open to all, but it was still strongly influenced by the taste of the elite. In the late-19th century, however, the hegemony of the Salon was slowly disintegrating, partly due to alternative art societies and the inclusion of women on the Salon’s jury. Throughout her career, Ida Matton was deeply involved in the Union des Femmes Peintres et Sculpteurs, striving to increase opportunities for women artists to exhibit and work on the same terms as their male colleagues.(8)

Like many of her Scandinavian colleagues, Ida Matton remained in Paris almost all her life. She had a large network of close female friends, who were probably also important to her professionally, by supporting her socially. She won accolades at the Salon several times. In Sweden, on the other hand, she found it hard to make a breakthrough and win recognition for
her art. This may have been due to the salon style of Matton’s oeuvre, which was not in line with the new tendencies in Sweden, which also had a smaller market for art. Nor did she have an influential network there. When the Second World War started, Ida Matton moved back to
Sweden; she died in Gävle in 1940.(9) A couple of her sculptures can be seen in public spaces: The Punishment of Loke in the garden of Stockholm City Hall (1909), and Gustav Vasa in Kvarnparken in Gävle (1924). 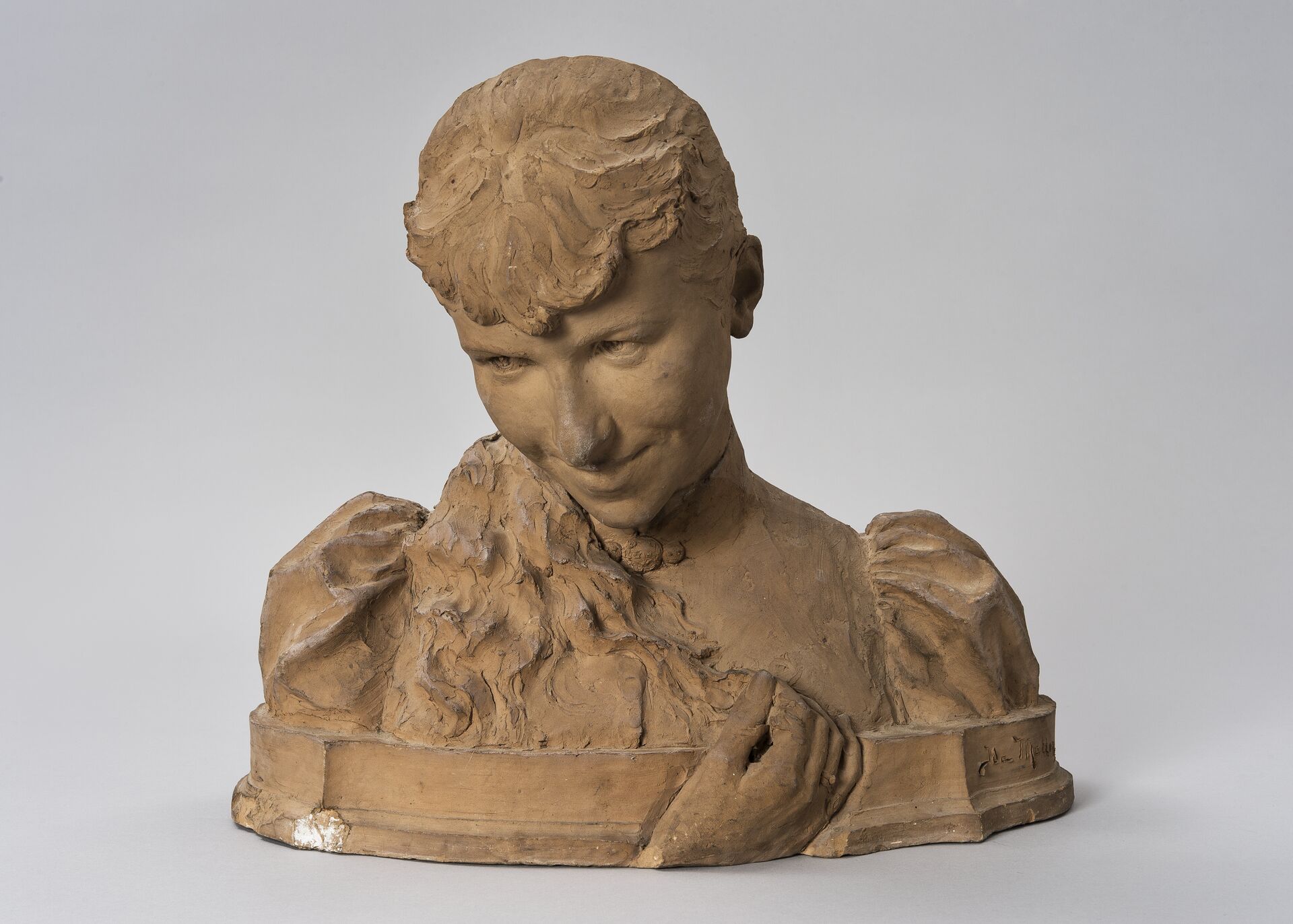 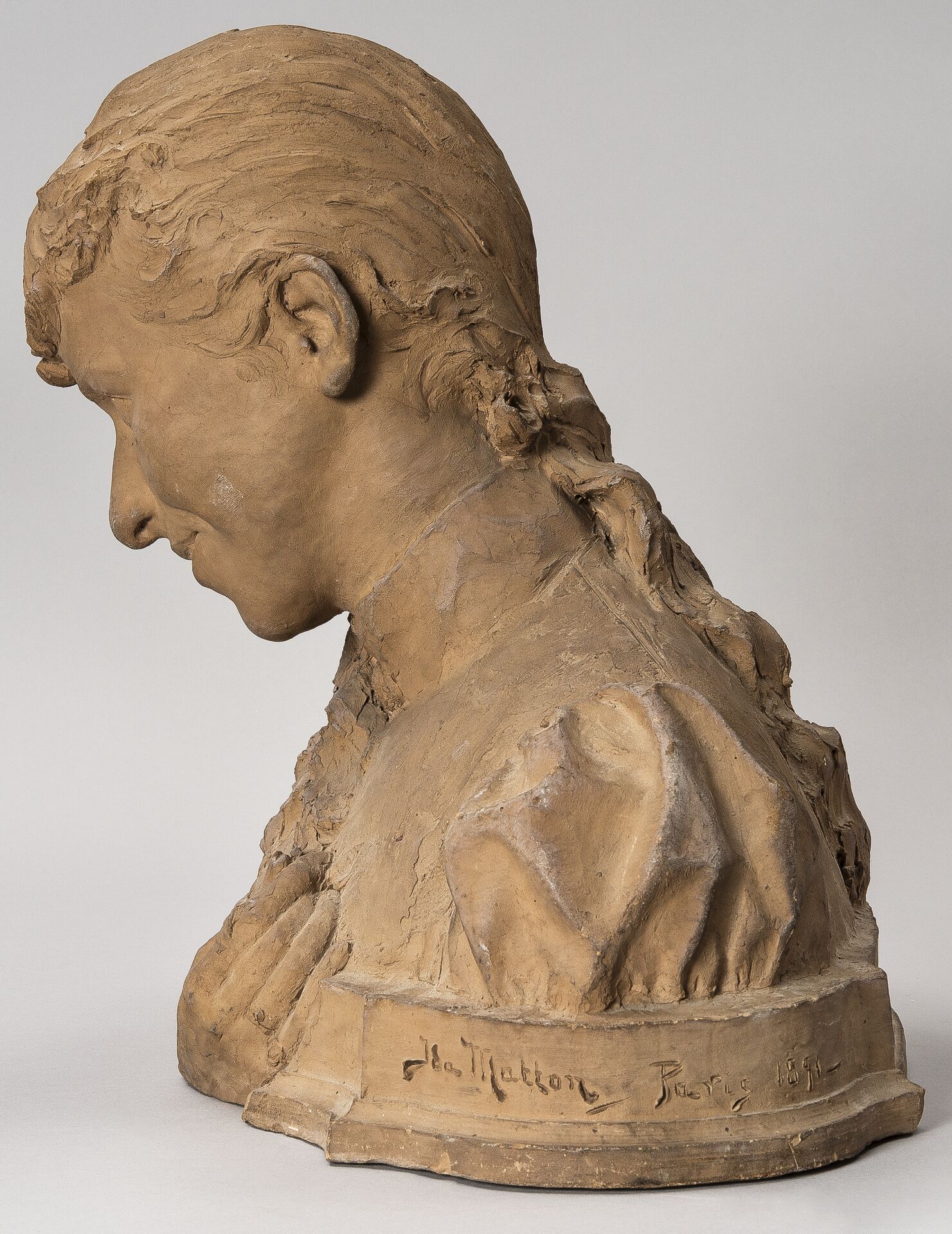 Notes:
1. The main part of Ida Matton’s artistic estate is in the Gävleborg County Museum. We are grateful to the antiquarian Anna Larsdotter for her introduction and tour of the collections. Matton’s oeuvre was featured in a commemorative exhibition at the Museum in 1963, and a smaller exhibition in 2013. She was also celebrated with a commemorative exhibition at the Grand Palais Paris in 1930. The archive material left by Matton is kept in the Uppsala University Library. Matton is practically ignored by older literature on art history, but Barbro Norbelie made a separate in-depth study on the artist in an unpublished master thesis at Uppsala University, Ida Matton (1863–1940) Kvinna och skulptör på det franska och svenska konstfältet, 2012. Vibeke Röstorp mentions Ida Matton’s career in France in her dissertation Le Mythe de Retour. Les artistes scandinaves en France de 1889 à 1908. Stockholm 2013. Both authors are gratefully acknowledged for participating in discussions relating to the writing of this article.