Prebooked ticket required for Zorn – a Swedish Superstar. This is one of the measures we have taken to prevent the risk of spreading corona virus. Find out more about measures taken.

Nationalmuseum has received a HI 56 Highchair as a gift to the collections. The orange children’s highchair was designed by the interior designer Stig Lönngren and was made of birch plywood by carpenter Lars Larsson. Both were members of the HI Group which designed 100 pieces of furniture during the six years it was in existence.

Stig Lönngren had dual training, both as a carpenter and as an interior designer. It was he who initiated the establishment of the HI Group. H stood for craftsman (hantverksmästare) and I stood for interior designers (inredningsarkitekter). In an era of mass production and consumption, its members sought to protect the values of superb craftsmanship. Via a close collaboration between artisans and interior designers, new types of furniture could be developed.

“The HI Group sought to be an alternative to the industrial production of furniture. It was not that the members were hostile to industrial production per se. On the contrary, actually their goal was that the artisan furniture would be produced in series. One evidence of this is shown in that their furniture was made of plywood, a material rarely used for artisan handcrafted furniture,” says Cilla Robach, Senior Curator specialising in applied art and design at Nationalmuseum.

The children’s HI 56 highchair is made of birch plywood. The design is simultaneously simple and complex. It consists of a single leg, shaped into a cone, which is wide at the bottom and narrow at the top. A horizontal seat has been folded into the cone, so that the edges protect the child from falling out. And softly rounded rectangular holes on the side act as footrests. The round table top is removable. Both the playful form and the clear colour express the pop age of the 1960s and in 1966 the reviewer Gunilla Lundahl of Forms magazine questioned why the chair had not been produced in the plastic material typical for the time. The highchair was first introduced at the HI Group’s exhibition at Hantverket in 1963, and was exhibited the following year at the Röhsska Museum in Gothenburg and in Karlstad, Falun and Gävle. 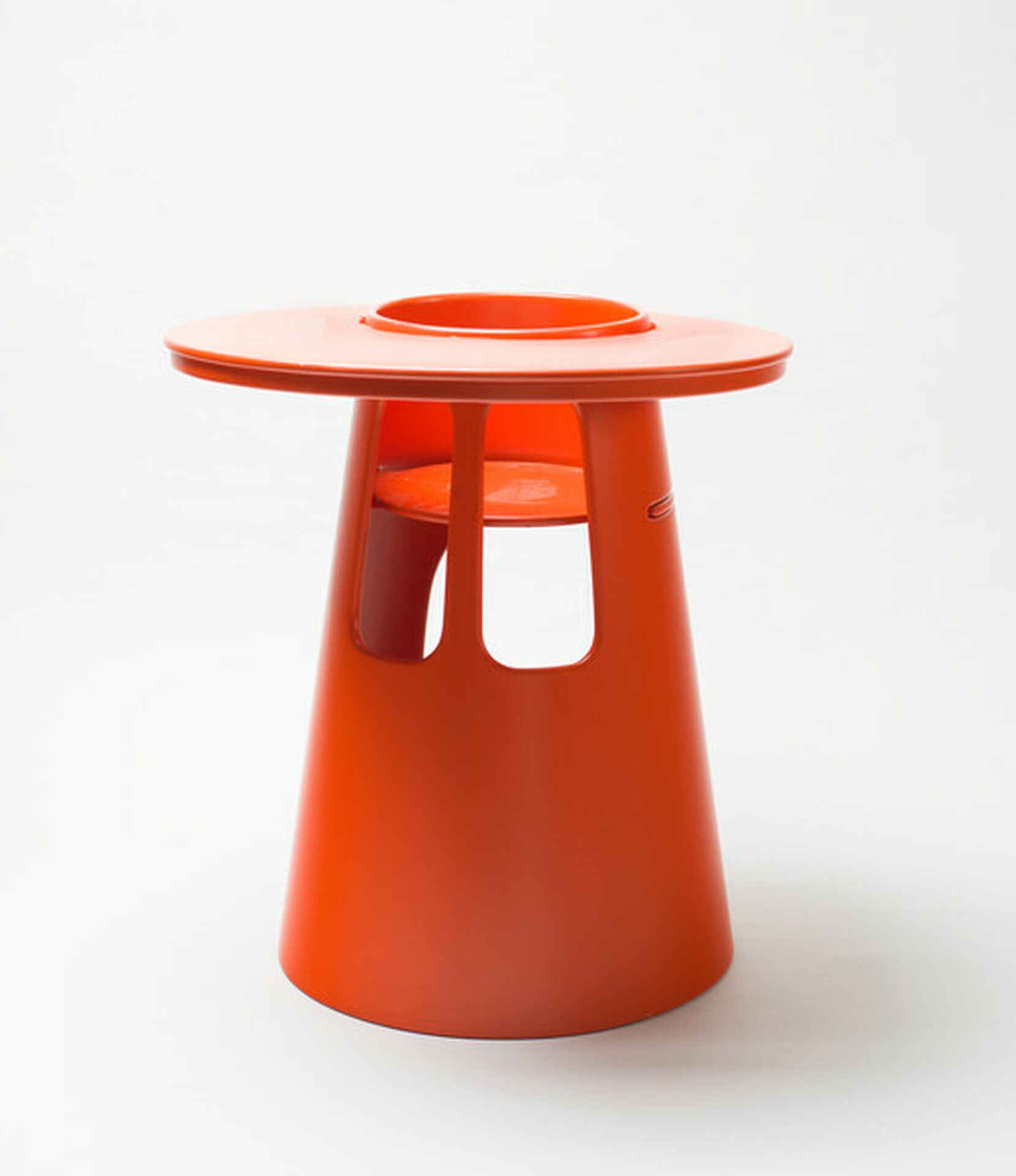 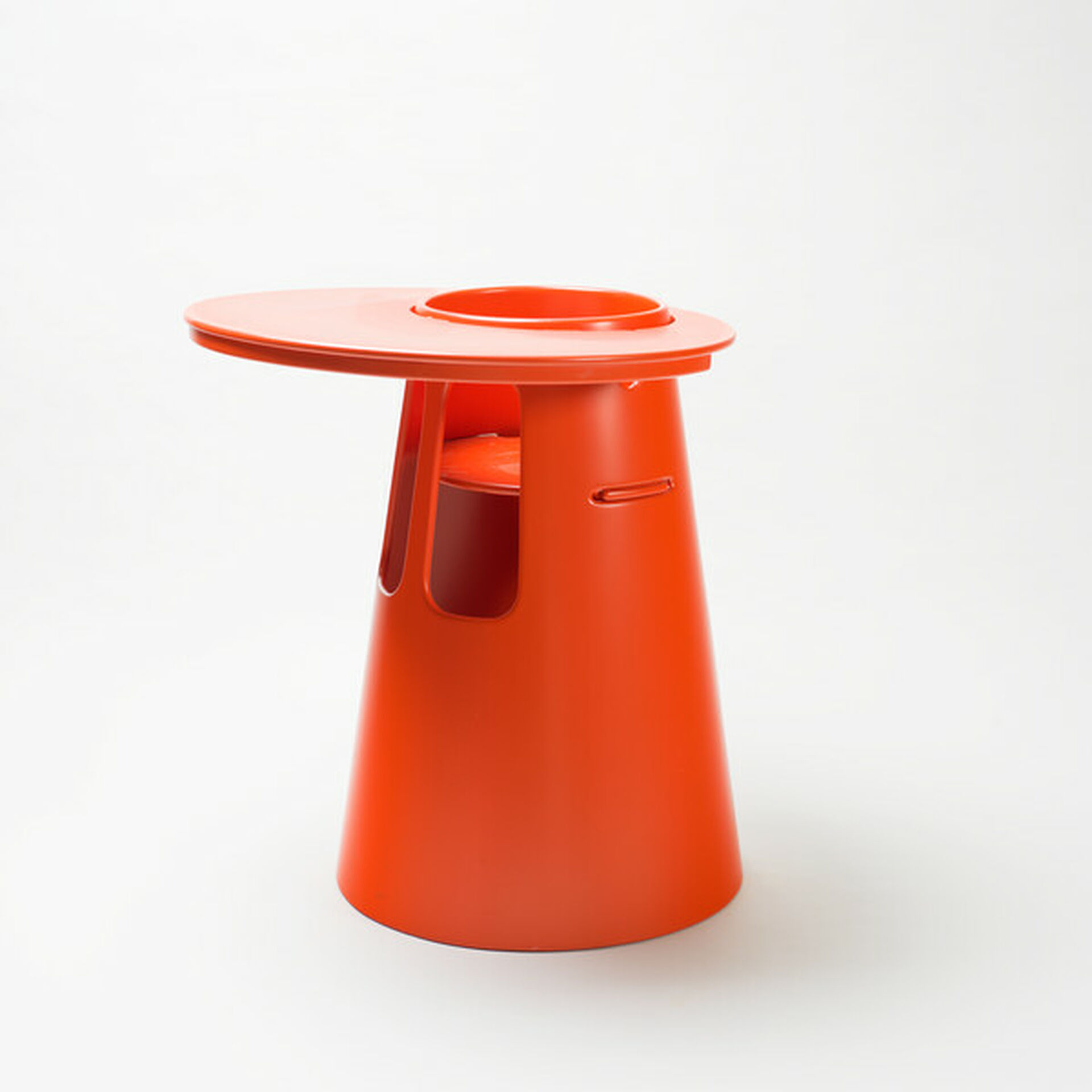 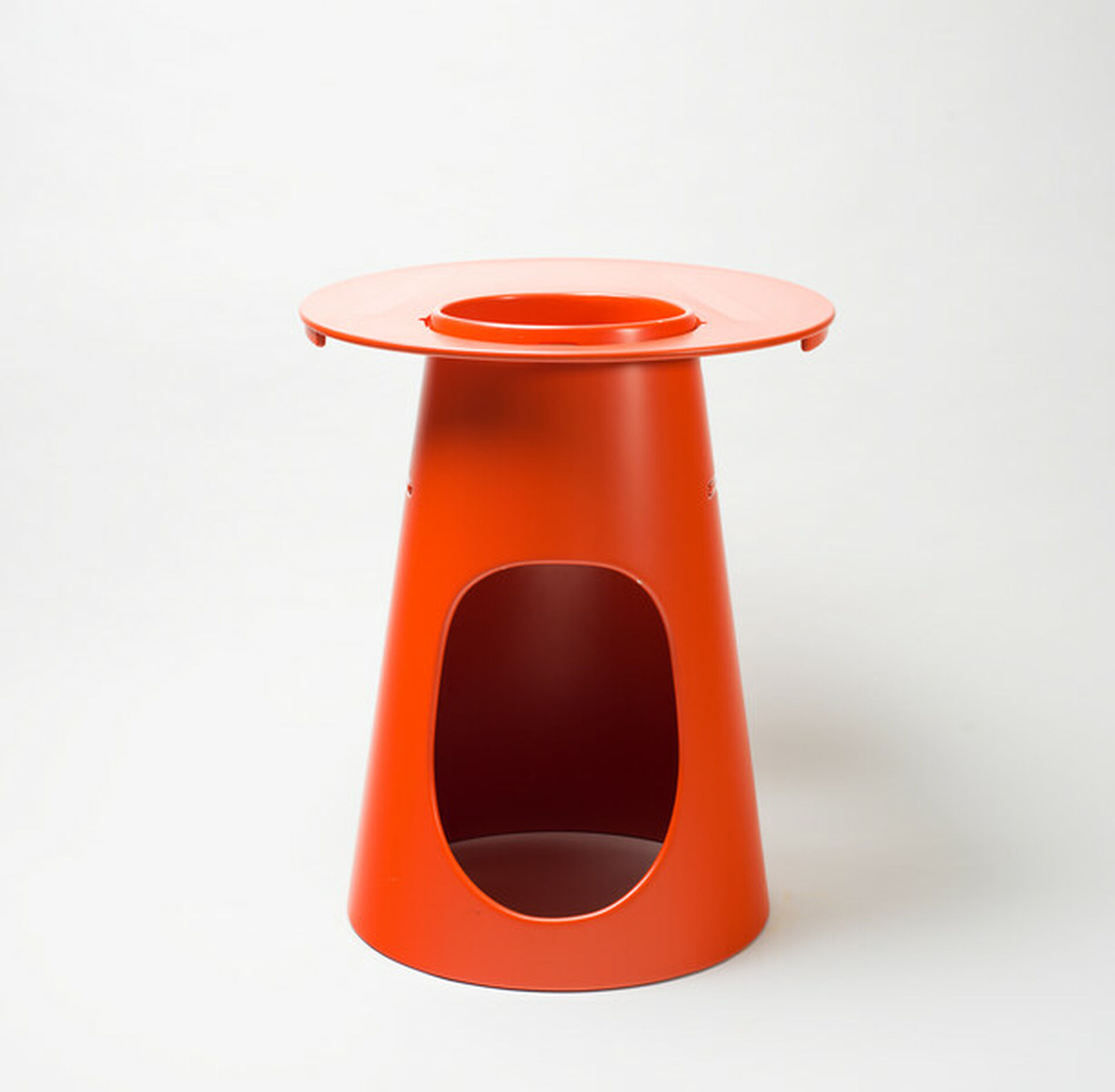 There was significant interest in children’s furniture during the 1960s, and at the HI Group exhibition in 1966 (which would be their last) Stig Lönngren and Lars Larsson presented a series of softly rounded furniture for children made from lacquered plywood. Lönngren and Larsson had developed the furniture in collaboration with Stina Sandels, who founded the Children’s Psychological Laboratory and was Associate Professor of Education at Stockholm University.

No major series production of the HI Group’s Applied Arts craft furniture even came to fruition. Their design and construction solutions were, in practice, too complicated and costly to provide efficient mass production at reasonable prices. This was also partly the reason why the Group disbanded down in 1966.

Nationalmuseum’s collections already include two pieces of the HI Group’s plywood furniture: the HI 76 chair by Hans Johansson and Anders Berglund, and the HI 91 wall cabinet by Stig Lönngren and Lars Larsson. Nationalmuseum receives no state funds with which to acquire design, applied art and artwork; instead the collections are enriched through donations and gifts from private foundations and trusts. This acquisition is a generous gift by Stig Lönngren.