The exhibition was on display at Nationalmuseum, Stockholm

Anders Zorn, one of Sweden’s best-known artists, featured the major exhibition at Nationalmuseum during the spring and summer 2021. Visitors could experience the enormous breadth of his artistry. From watercolour portraits painted in London to the most famous motifs from Dalarö, via Paris and the USA and finally back to Mora in Sweden. 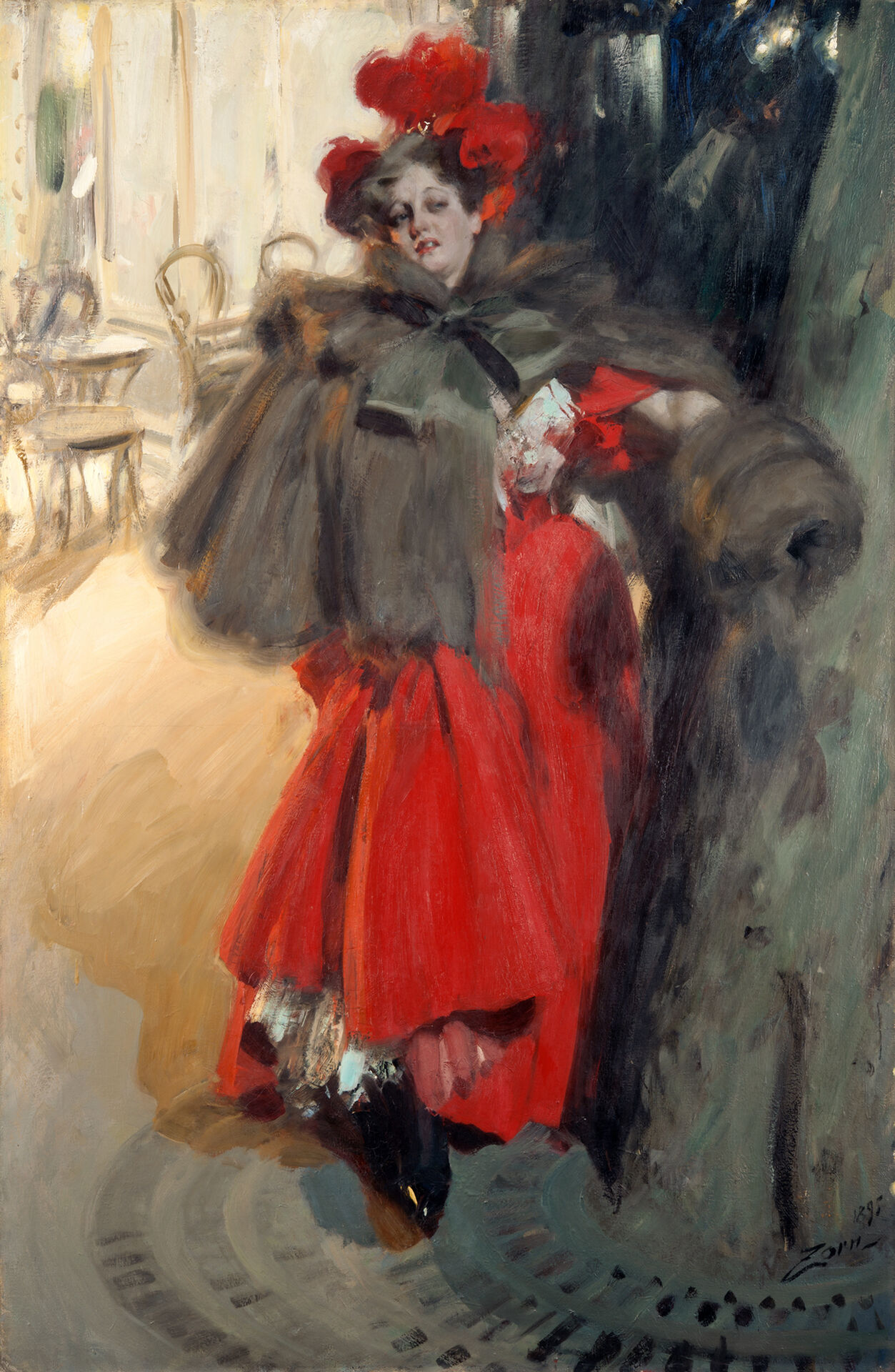 Find out more about Anders Zorn and the exhibition Hide text

Anders Zorn is one of Sweden’s best-known artists. His life and career have few equivalents in Swedish art history. From a relatively simple upbringing in Dalarna, Zorn made his way out into the world with an almost improbable ability to suddenly find himself deep inside various power circles. He infiltrated the financial elite of the USA, the cultural elite of Paris, and London society, to name but a few examples. Zorn’s artistry is set apart by his exceptional skill in various techniques – watercolour, oil painting, etching and sculpture. The exhibition at Nationalmuseum presented both famous classic works and lesser-known sides of Zorn the artist. In addition to works from the museum’s own collections, borrowed works from the Zorn Museum in Mora and a large number of works from private collections, that are normally hidden from the public eye, were on display .

The exhibition was presented chronologically and followed Zorn from his entrance to the art scene in 1880 until his death in 1920. In his early years as an artist, he paints almost exclusively in watercolour. It is not until 1887 that he takes a serious interest in oil painting. The exhibition offered a holistic view of Zorn’s personality; he had every bit as much affection for his hometown as he did for travelling the world. Yet he did travel a great deal, and the exhibition presents examples of images from Constantinople, the Alhambra, St Ives and Paris, among others. During his travels, he was frequently hired to paint society portraits, not least in the United States, where he travelled no less than seven times. But his hometown of Dalarna occupied a special place in the artist’s heart, which is primarily reflected in the artistic production from the artist’s later years. Zorn’s depictions of his hometown contributed to the idealised image of Dalarna. He also had deep knowledge of the region because he himself had grown up there.

The exhibition also drew special attention to Emma Zorn. The couple met during a portrait session and married in 1886 following a secret engagement. Her family’s connections opened many doors for Zorn, giving him access to environments where other new doors were opened, which led, among other things, to the upper social echelons of England and France. Emma, meanwhile, was his harshest critic and can be said to have served as CEO of what might be considered Anders Zorn, Inc. Following her husband’s death, she was also the one who developed the Zorn Museum into what it is today.

During the work on the exhibition, the question arose as to whether there is a common thread in Zorn’s overall œuvre. His technical touch is, of course, a strong common denominator, but most of his work also conveys what is perhaps best described as the “nerve” in a particular situation, or as poetic and psychological qualities. It could be the presence or facial expression of the model in a portrait. It could be how a model freezes on a cliff in the archipelago. It could be how a woman crosses the street in a rainy London and how she strains to keep her skirt dry. It could be the concentration of a man reading the newspaper or his gaze when he looks up from the page. And it could also be an infinite array of other things. The exhibition contains endless examples of this special quality; Zorn’s gaze was extremely sensitive to everyday expressions and sequences that we usually do not notice, but which we find powerfully moving when someone draws our attention to them.

The exhibition was a collaboration with the Kunstmuseum Den Haag in the Netherlands, where it was exhibited in autumn 2020, and the Zorn Museum in Mora.

Want to find out more about the artworks in the exhibition? Download the Visitor Guide App and listen to the audioguide.

Bring the exhibition back home! A richly illustrated catalogue in English is published in conjunction with the exhibition. SEK 295 in our online bookshop.