The exhibition was on display at Nationalmuseum.

The autumn exhibition 2020 at Nationalmuseum featured French and Italian art from primarily the 17th century but also French and Nordic art until the turn of the 20th century. The exhibition showed how people's view of nature has changed through the ages and also addressed the many classical stories conveyed in the paintings. Artists on display included Claude Lorrain, Nicolas Poussin and Salvator Rosa and, from more contemporary times, Prince Eugen, Anna Boberg and Otto Hesselbom.

The exhibition Arcadia – A Paradise Lost was about an escape from reality and an eternal longing beyond civilization. It illuminated myths, poems and love stories and asked questions about the role of human beings in nature – then and now. The motifs were landscape and nature, but when you examined the pieces more closely you could discover stories drawn from fairy-tales and literature that take place in the glades.

Arcadia is both the name of a region in Greece as well as a landscape for the imagination. During the 17th century, artists in Rome began to create the image of Arcadia based on the city’s surroundings, with ruins and isolated pastures. It became a specific category in painting, which is often referred to as ideal or classical landscape.

From ancient literature and poems from the Renaissance sprung the image that it was a place of untouched nature, where shepherds met and could rest in glades next to rippling water springs. The dreamy landscapes on which the exhibition focused contain hidden, poetic stories about human existence and living conditions. They are often about life, death, eroticism and the meaning of existence beyond civilization. 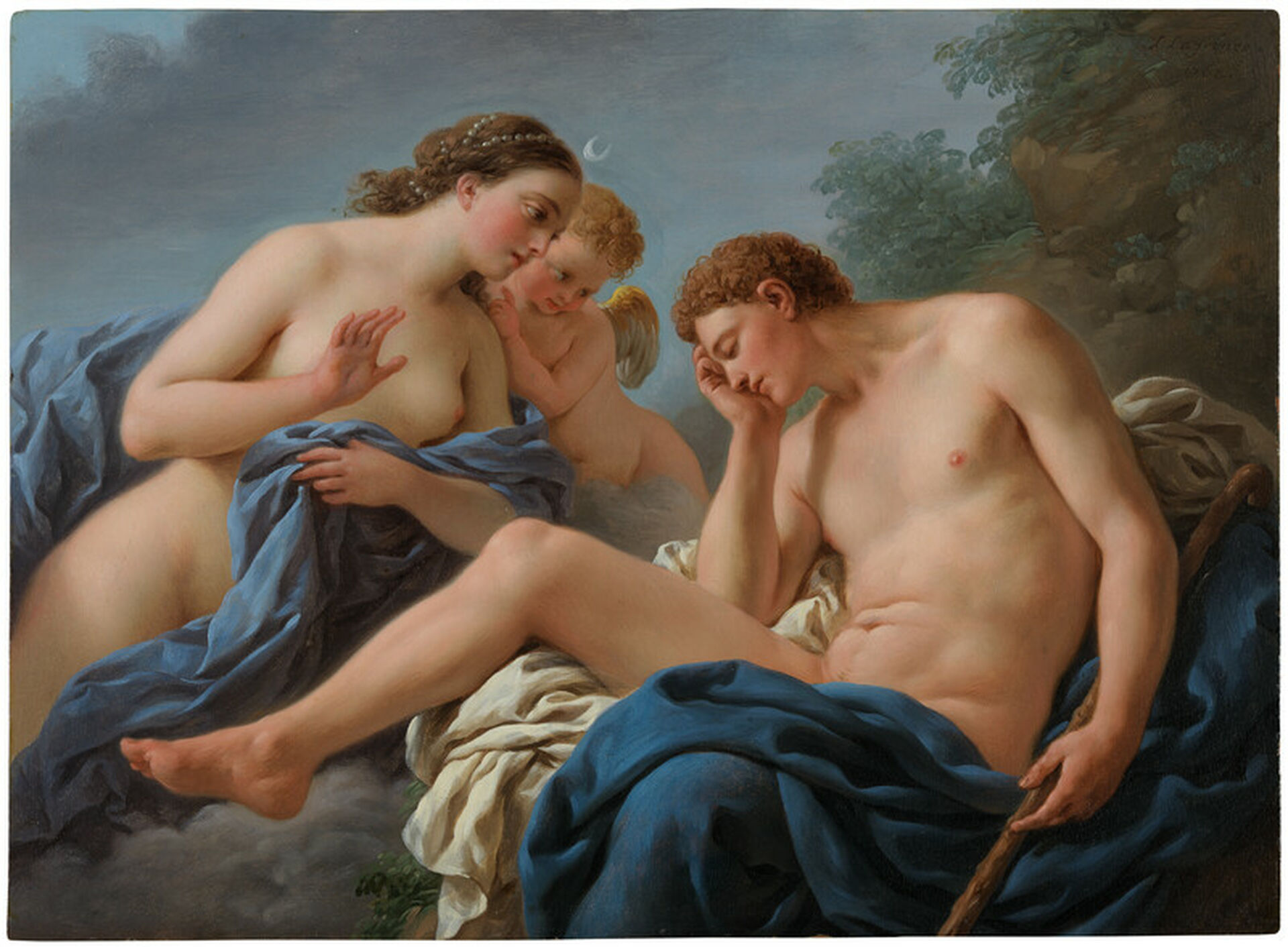 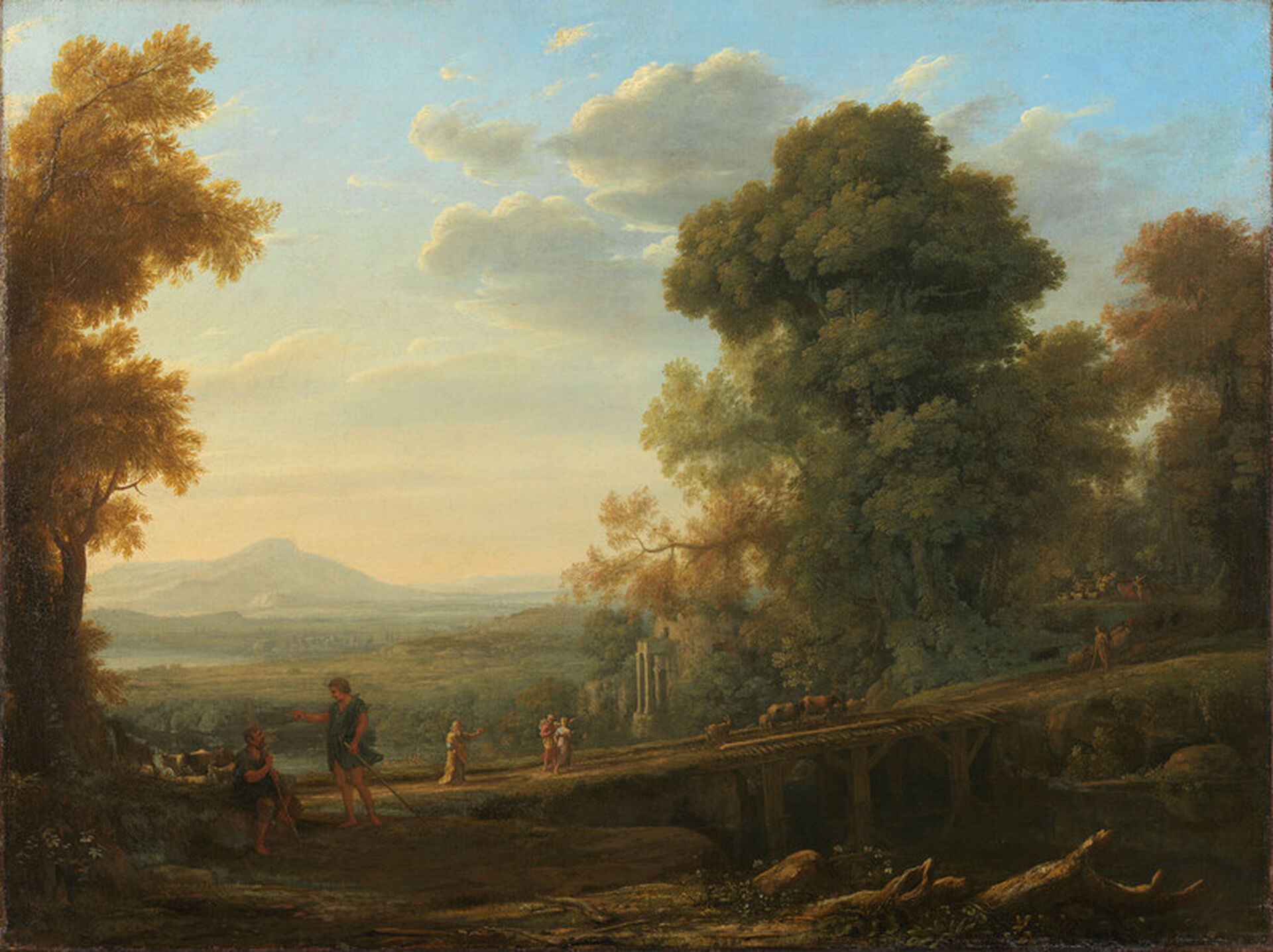 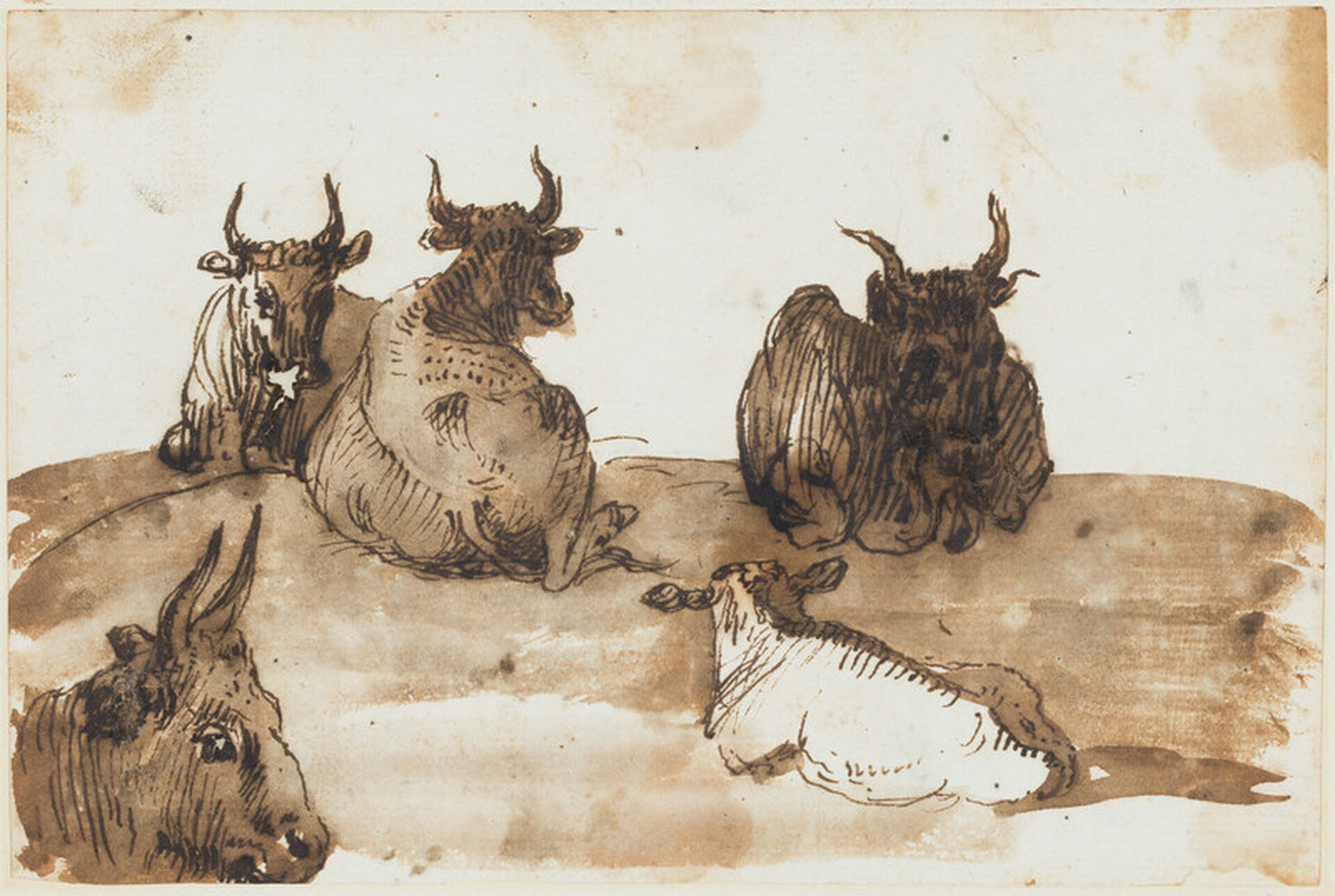 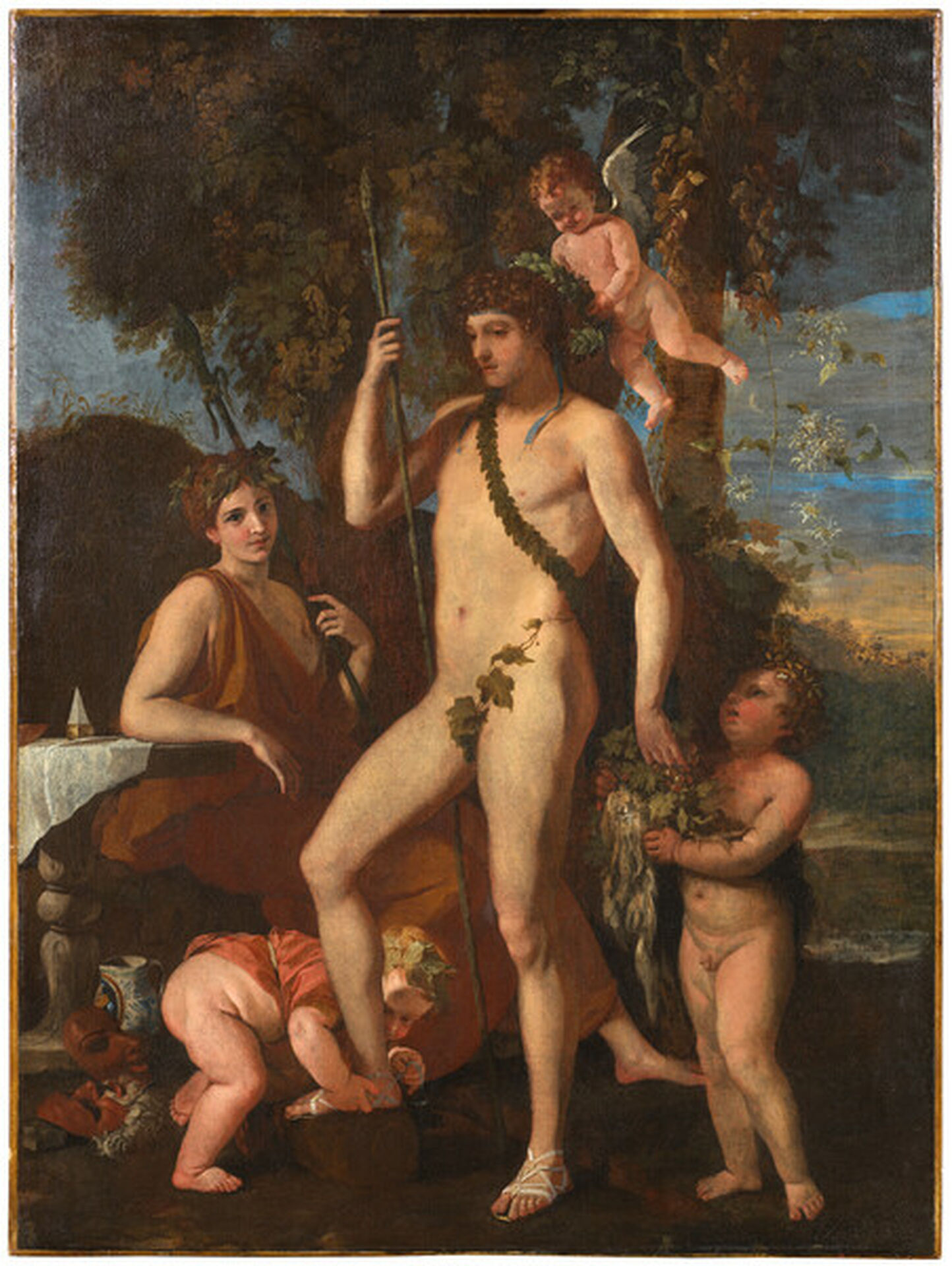 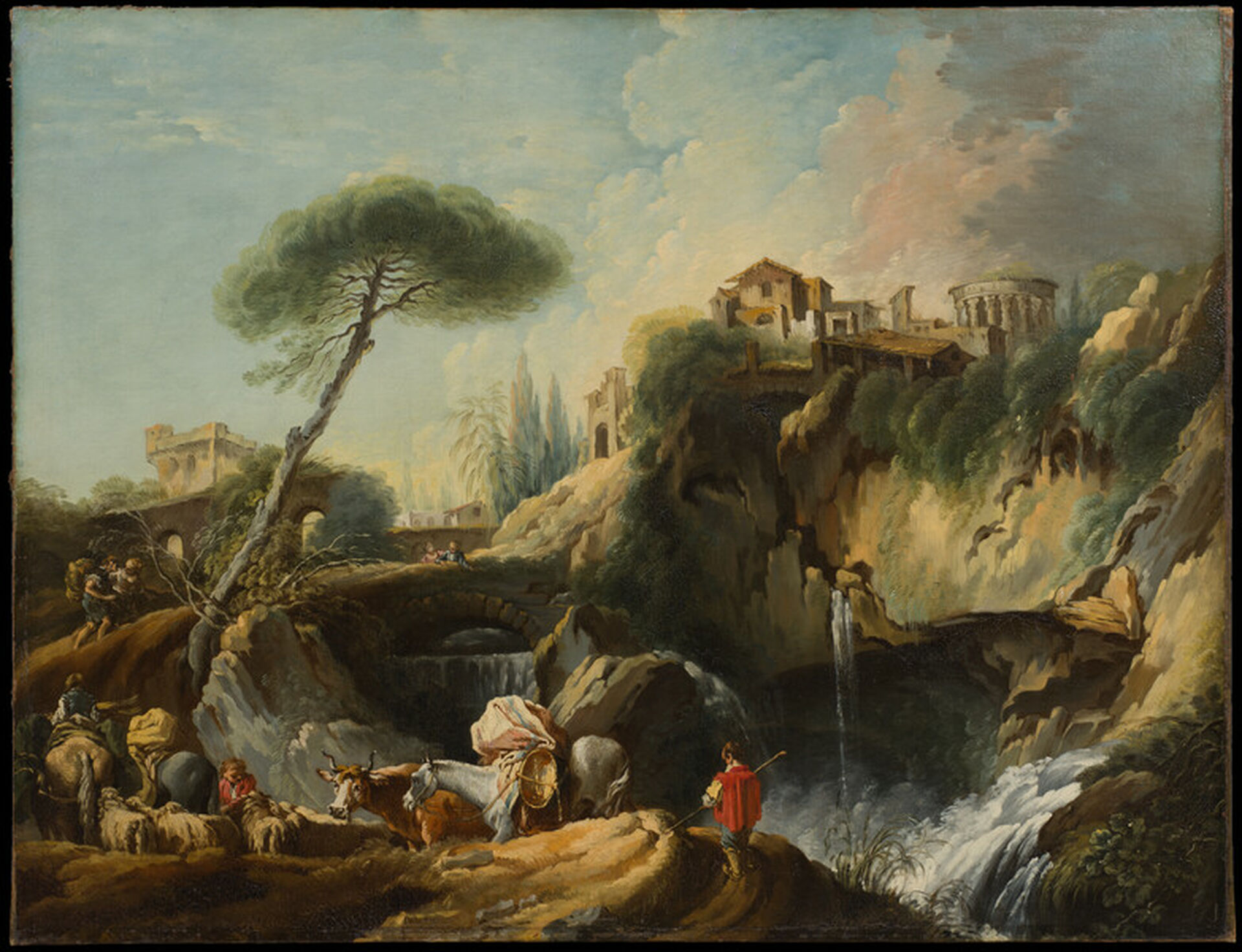 View of Tivoli with the Temple of Vesta, François Boucher. Oil on canvas. NM 5035. 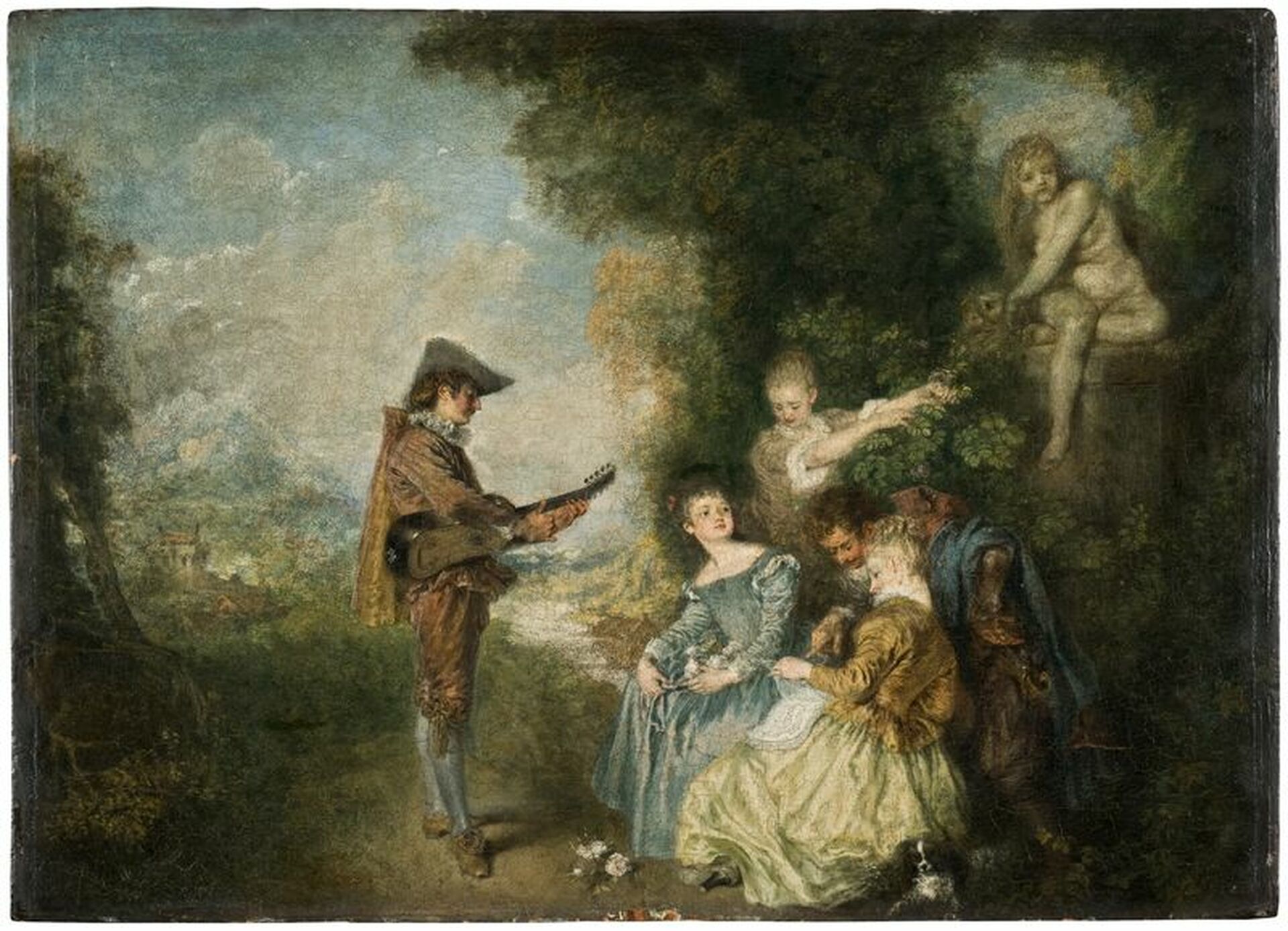 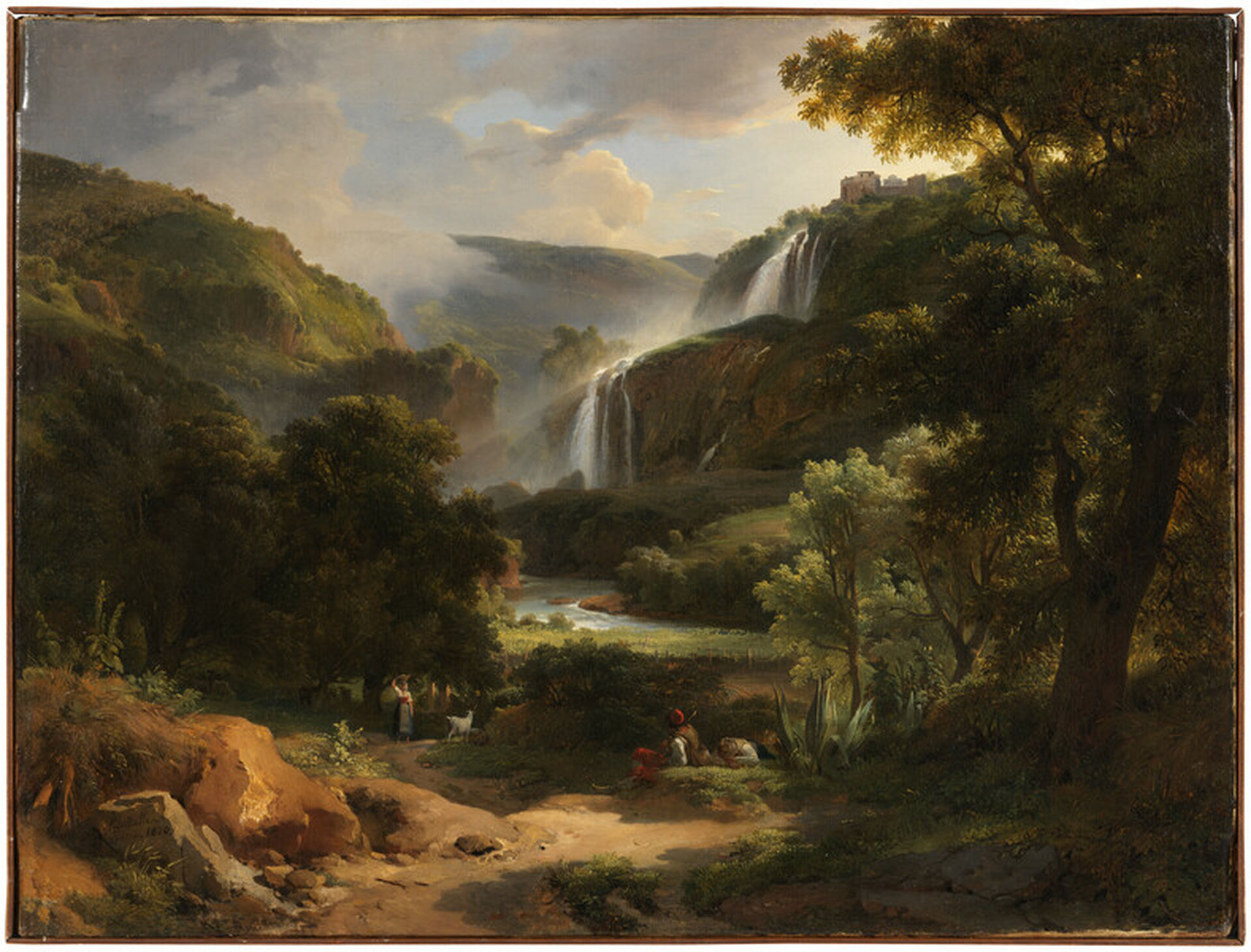 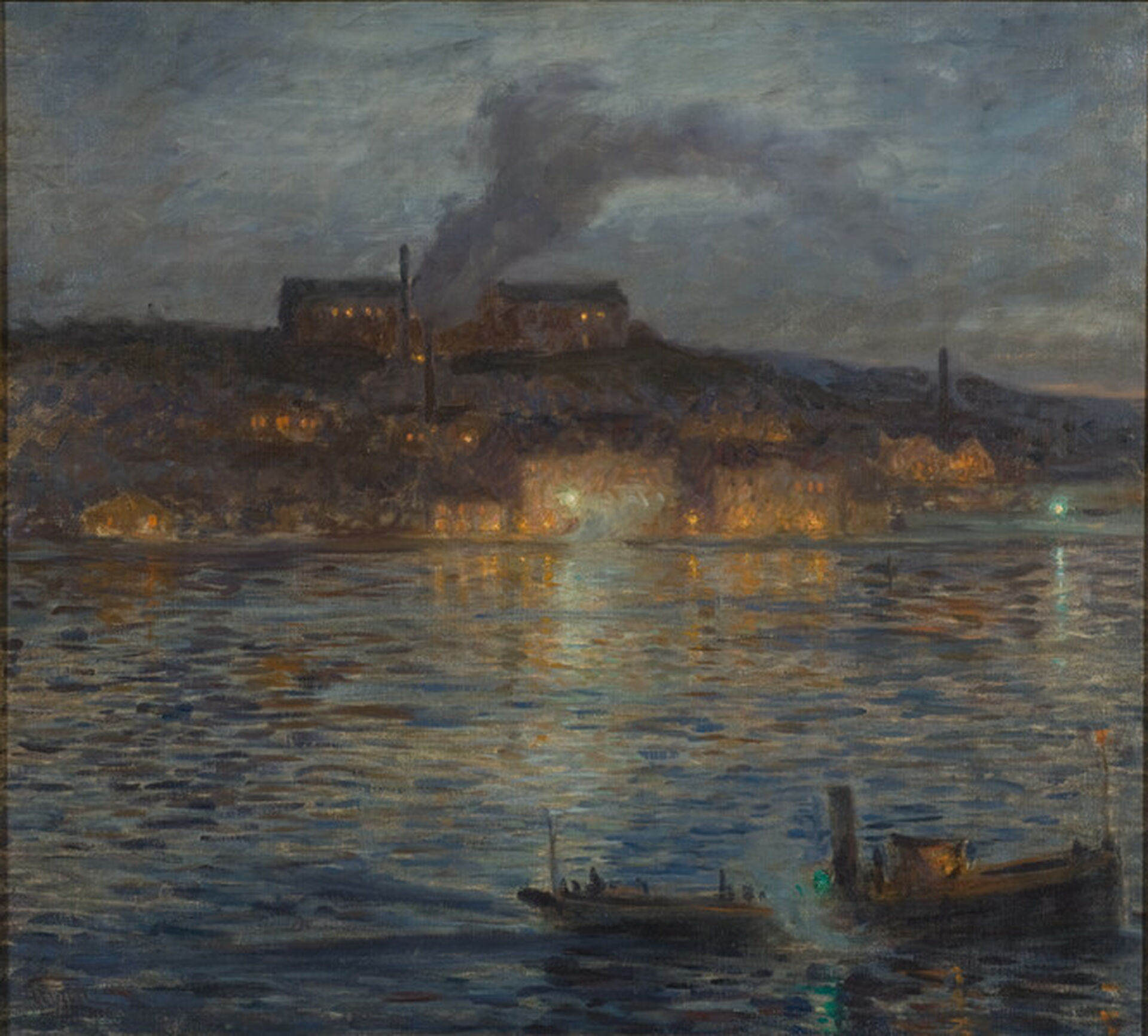 he Factory. View from Waldemarsudde towards the Old Saltsjökvarn, Prins Eugen. Oil on canvas. NM 4239. 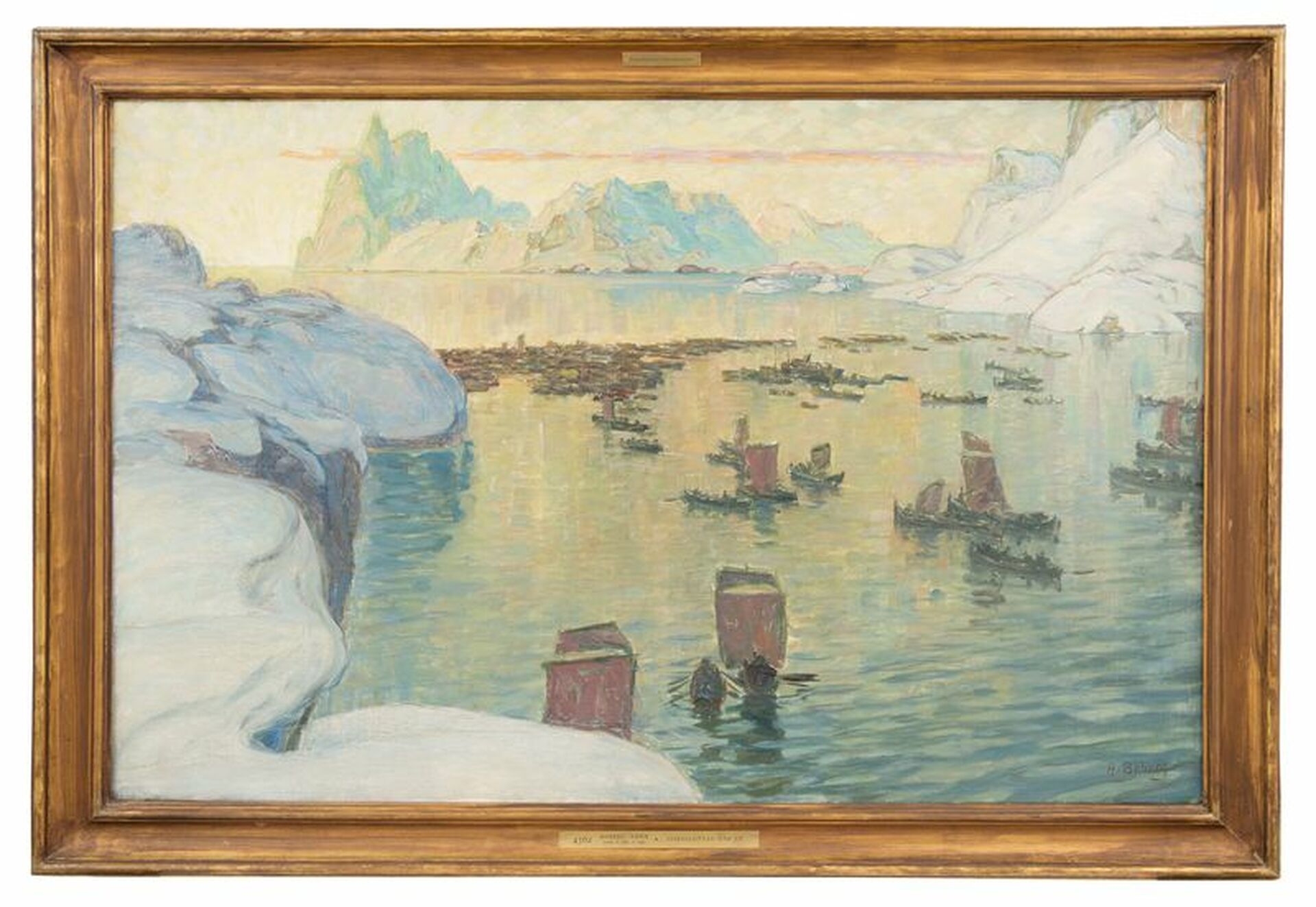 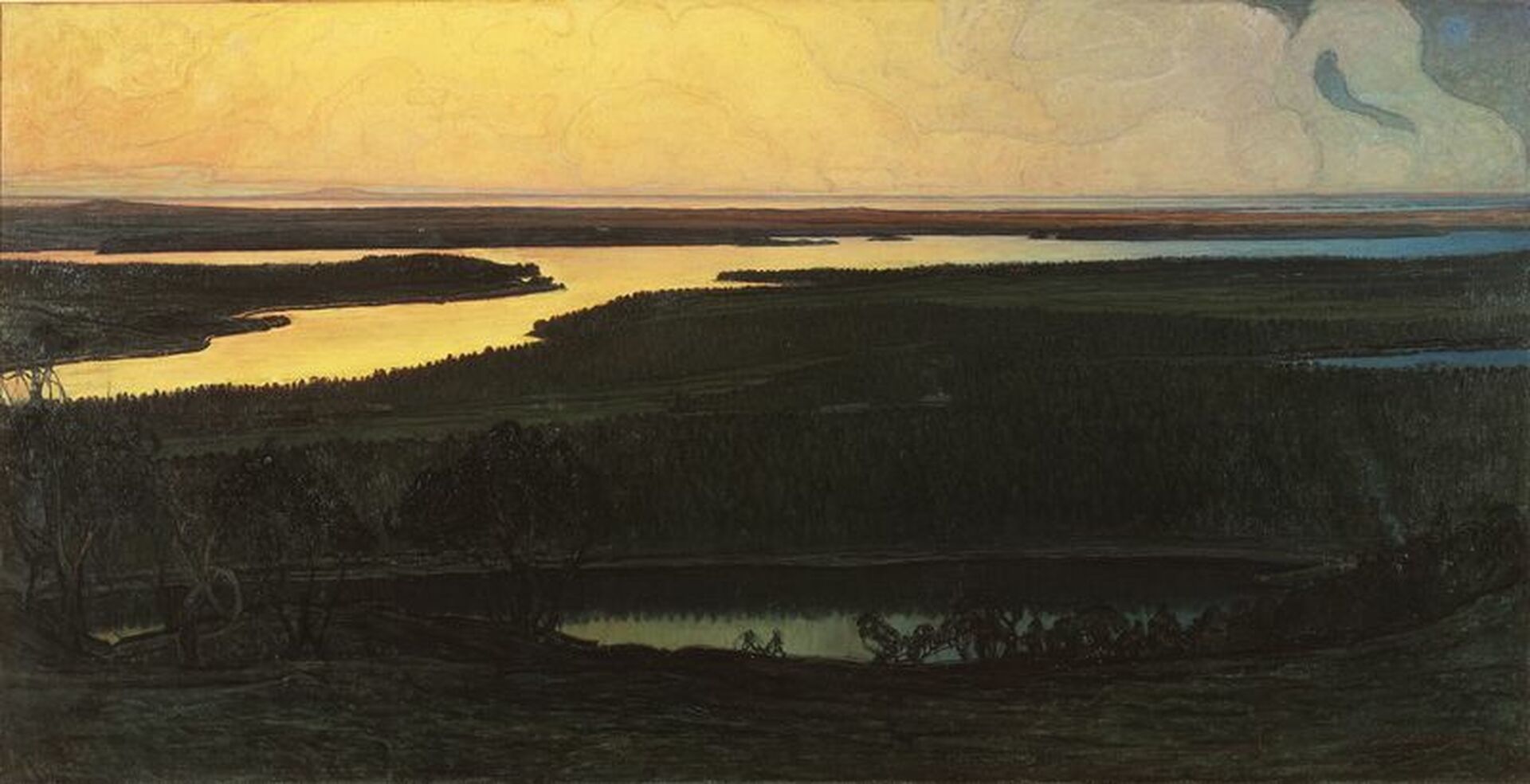 The most well-known names in art during the 17th century were artists such as Claude Lorrain, Nicolas Poussin and Gaspard Dughet. In addition to these, there was also Salvator Rosa, who developed a type of landscape painting that had a darker vein, characterised by barren cliffs, gnarled trees and ravines that he chose to inhabit with mercenary soldiers, robbers and hermits. During the 18th century, more versions were added to this which emphasised playfulness and role playing in shaded park landscapes by artists such as Antoine Watteau and Jean-Baptiste Pater. The classic Italy-based landscape painting underwent a renaissance in the early 19th century but towards the middle of the century the connection between nature and nation grew to become more and more important. Artists should not search for beauty in Southern Europe, but should instead begin to depict nature in their own countries, as part of constructing national identity. This signified the beginning of national romanticism landscape art, which has for a long time influenced how we view beauty in nature.

The more idea-based discussions surrounding the human image of nature were deepened in a few smaller rooms in the exhibition by a collaboration with Färgfabriken. At this point the exhibition left Arcadia to explore the industrialised society’s relationship with nature on the theme of hinterland. A number of pieces from Nationalmuseum’s collections by artists such as Prince Eugen, Axel Sjöberg and Anna Boberg were discussed and displayed based on contemporary discussions on natural resources, urbanisation and climate issues. Photographs taken by photographer Suvra Kanti Das from Bangladesh were also featured there.

Along with the works from Nationalmuseum's collections on display in the exhibition, a number of famous works of art were borrowed from museums such as the Dulwich Picture Gallery, Hamburger Kunsthalle, the National Gallery in London, Nivaagaards Malerisamling, Moderna Museet, The Earl of Leicester and the Trustees of the Holkham Estate and The Eastnor Castle Collection. The exhibition also featured a newly discovered early painting by Claude Lorrain, which is in the Swedish Academy's possession, Landscape With Rural Dance.

Video about Arcadia – A Paradise Lost 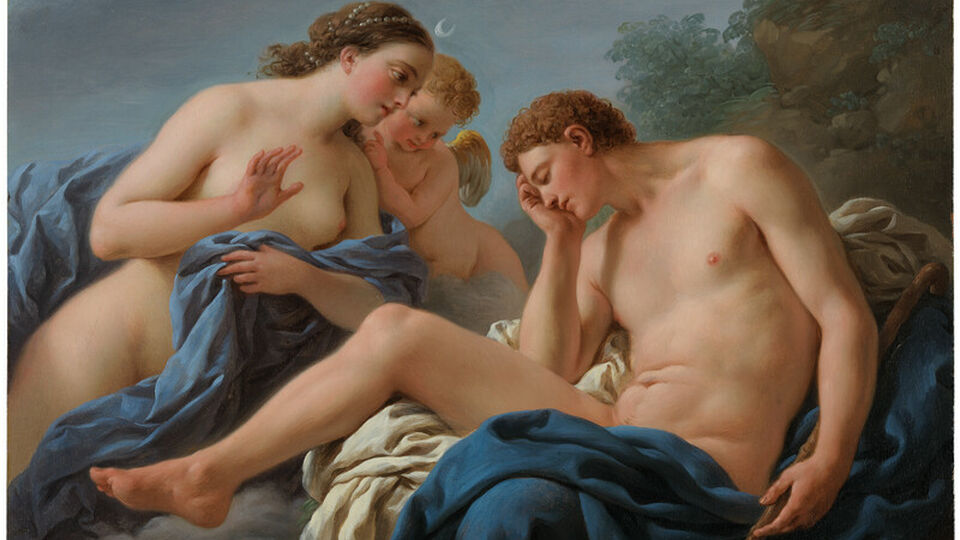 Get acquainted with the exhibition

Video about Arcadia – A Paradise Lost