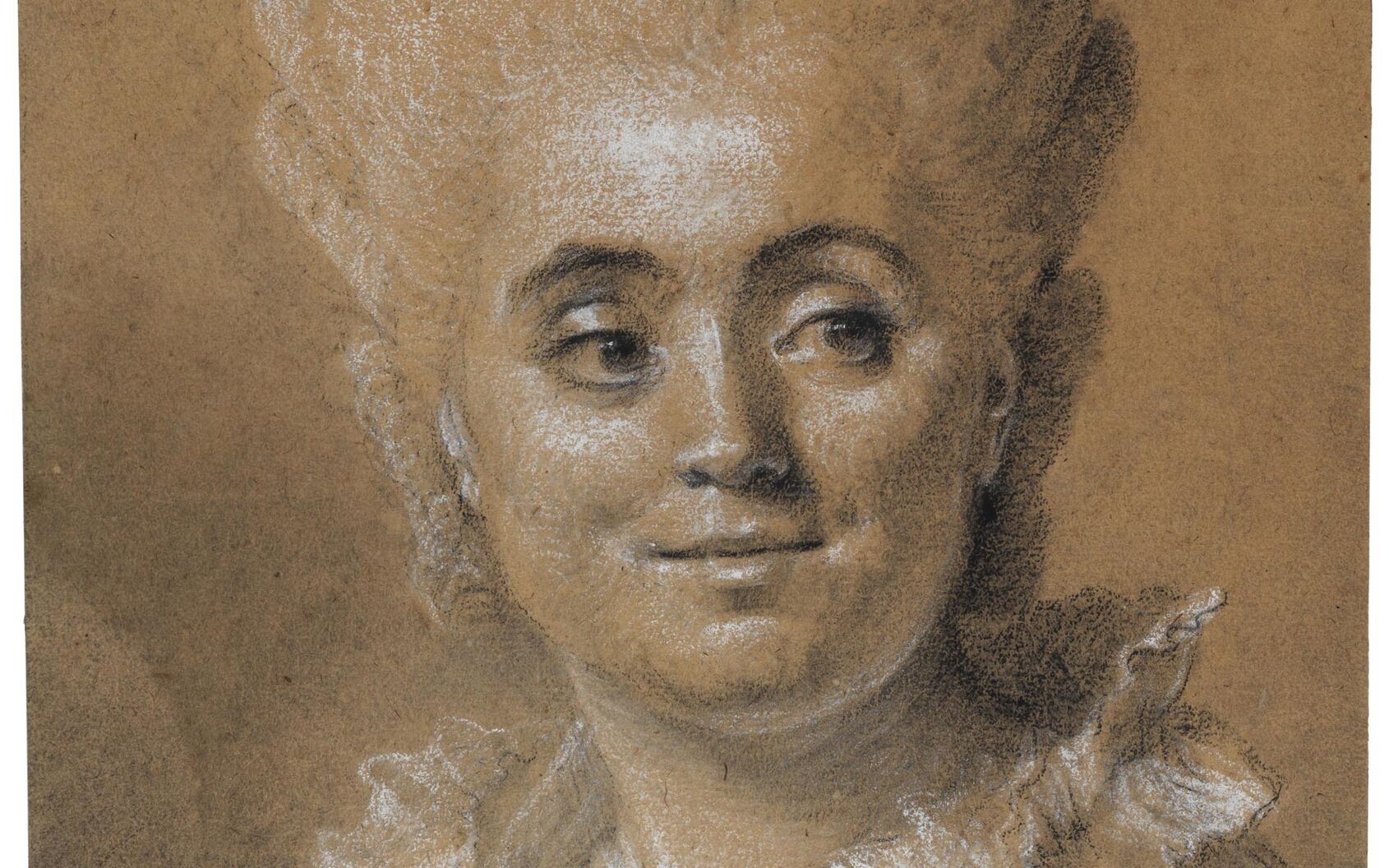 Nationalmuseum has acquired two 18th century portrait drawings. One is a self-portrait of Louis-Jean-François Lagrenée, while the other, by Johann-Ernst Heinsius, depicts an unknown woman. Both works are fully elaborated and demonstrate a technical virtuosity which captures both the personality and vitality of their subjects.

Louis-Jean-François Lagrenée (1725–1805) studied under Carle van Loo (1705–1765) in Paris in the late 1740s. In 1749 he won the Royal French Academy of Art's travel scholarship for studies in Rome, and in the course of the ensuing years spent in Italy he was influenced by Guido Reni (1575–1642) and Francesco Albani (1578–1660), among others. For a period at the beginning of the 1760s, he was Court Painter in Saint Petersburg and also served as the Director of the Imperial Academy of Arts. Much later, between 1781 and 1787, Lagrenée returned to Rome as the Director of the French Academy of Fine Arts. 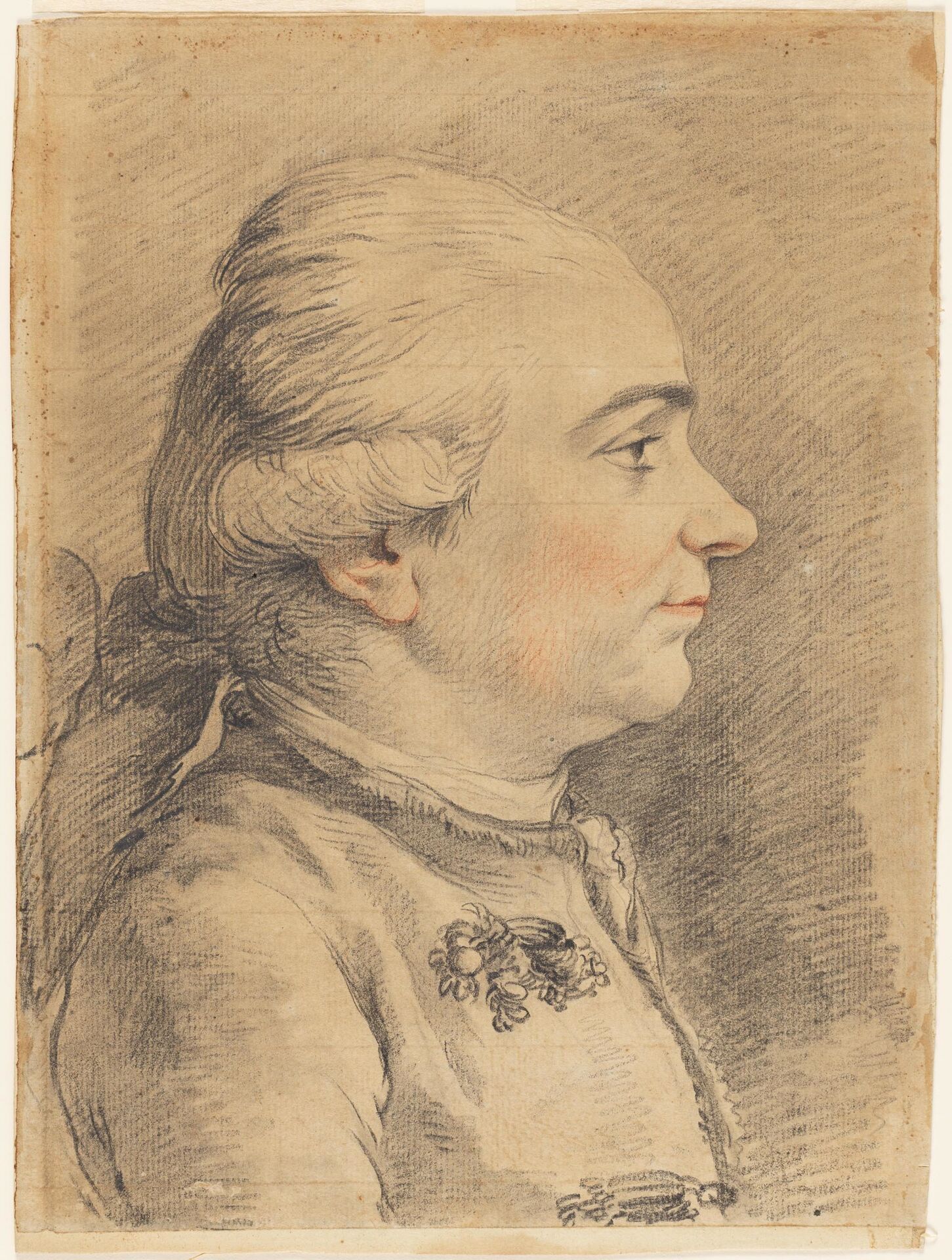 Lagrenée specialized in mythological motifs characterized by a relatively austere classicism, but also created a smaller number of captivating portraits. The latter include a celebrated self-portrait, now housed in the collections of the Sinebrychoff Art Museum in Helsinki. In the profile portrait drawing recently acquired by Nationalmuseum, Lagrenée seems to depict himself with a certain amount of objectivity – a distance from his own personality and role as an artist. Despite his supposedly young years, he appears both urbane and somewhat sophisticated. This impression may also be amplified by the artist’s technique. While the profile is drawn with distinct contours, in the lines of the work as a whole the artist demonstrates a certain lightness of touch. This is a typical feature of the skilful draughtsmanship that Lagrenée developed during his studies in Italy. 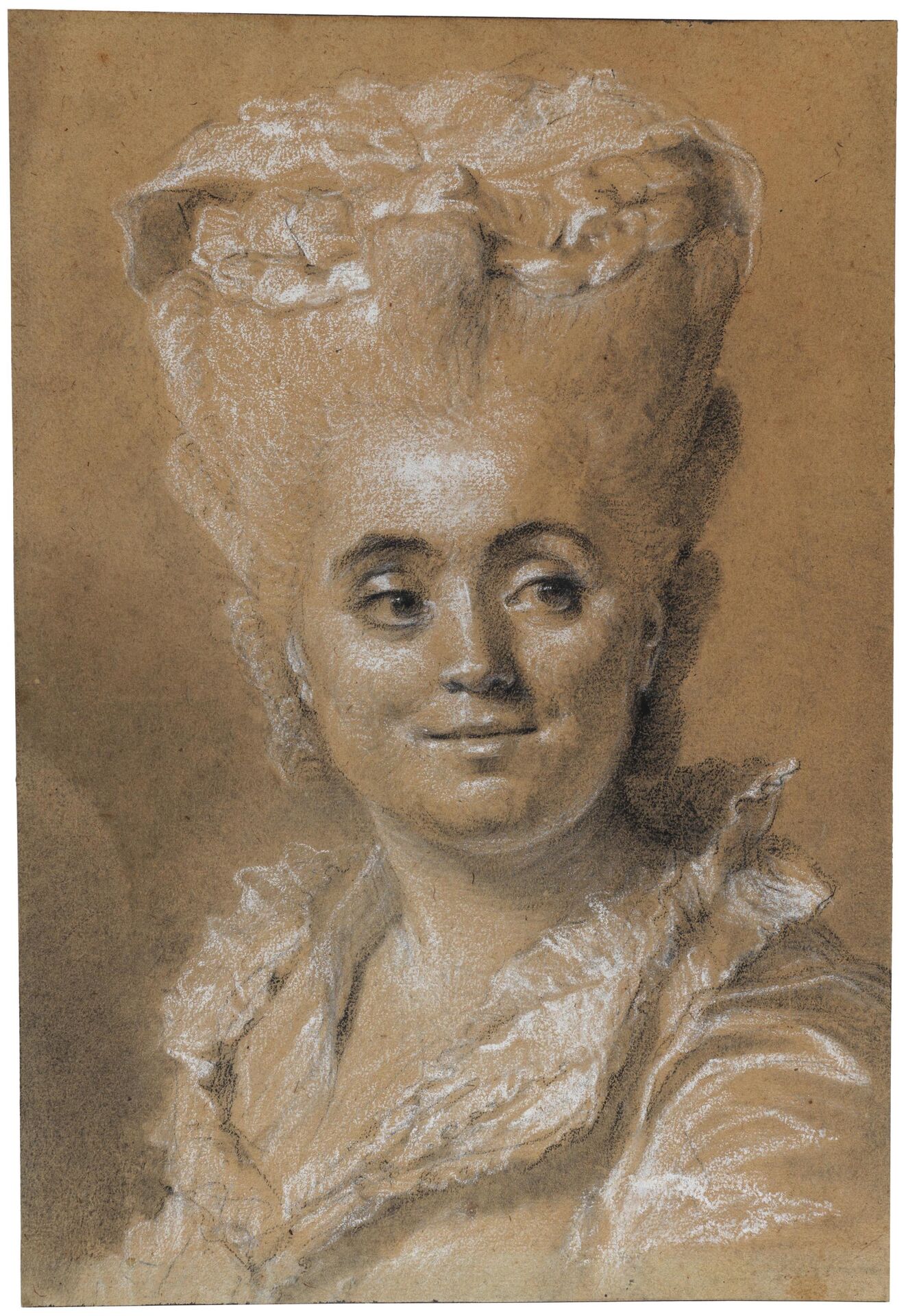 Johann-Ernst Heinsius, Portrait of a Woman Looking to the Right. Photo: Cecilia Heisser/Nationalmuseum.

Like his brother Johann-Julius Heinsius (1740 – 1812), Johann-Ernst Heinsius (1731–1794) was active as a portrait painter at the princely court in Weimar. Later, Johann-Ernst also worked in Hamburg, where he was commissioned to execute portraits of members of the city's burghers. Nationalmuseum's portrait depicts a young, vibrant woman looking over her shoulder to her left (from the viewer's point of view she looks to the right, and this is the basis for the work's title). She is dressed in an expensive dress, possibly made of silk and adorned with a lace collar. Her hair is extravagantly styled and graced with a large bow and a cap. With a seemingly light and free hand, the artist has captured the young woman's lively and cheerful temperament. This applies not only to the slight smile that plays upon her lips, but also to the joy radiated in her gaze. By contrasting sharp contours in black crayon, shaded sections and white highlights, the artist creates volume and texture. Nationalmuseum's acquisition is an exquisite example of Heinsius’s portrait drawing. He masterfully instils the woman’s gaze with such vitality that she virtually vibrates on the page.

Nationalmuseum receives no state funds with which to acquire design, applied art and artwork; the collections are enriched through donations and funds from private foundations and trusts. The acquisitions were made possible by grants from the Hedda & N.D. Qvist Memorial Fund and the Magda and Max Ettler Fund.