One of the oldest books in the Art Library’s collection is I quattro libri dell’architettura by Andrea Palladio. The library’s copy is a second edition printed in Venice by Bartolomeo Carampello in 1581 using the same woodcut plates as the first edition published in 1570.

According to Nationalmuseum’s board minutes from July 1920, the book was purchased that year for 200 lire from Sixten Strömbom, who was visiting Italy at the time.

The work was translated and distributed in many editions throughout Europe, becoming the most widely read book on architecture. For a long time it was prescribed reading for all architecture students.

Andrea Palladio was born Andrea di Pietro della Gondola in Padua in 1508. He began his career as an apprentice stonemason and went on to work for wealthy patrons in Venice. He travelled around Italy measuring ancient ruins and systematically studying the various types of architecture, which provided a basis for his own designs. The Four Books on Architecture combine studies of classical architecture with descriptions of Palladio’s own buildings. 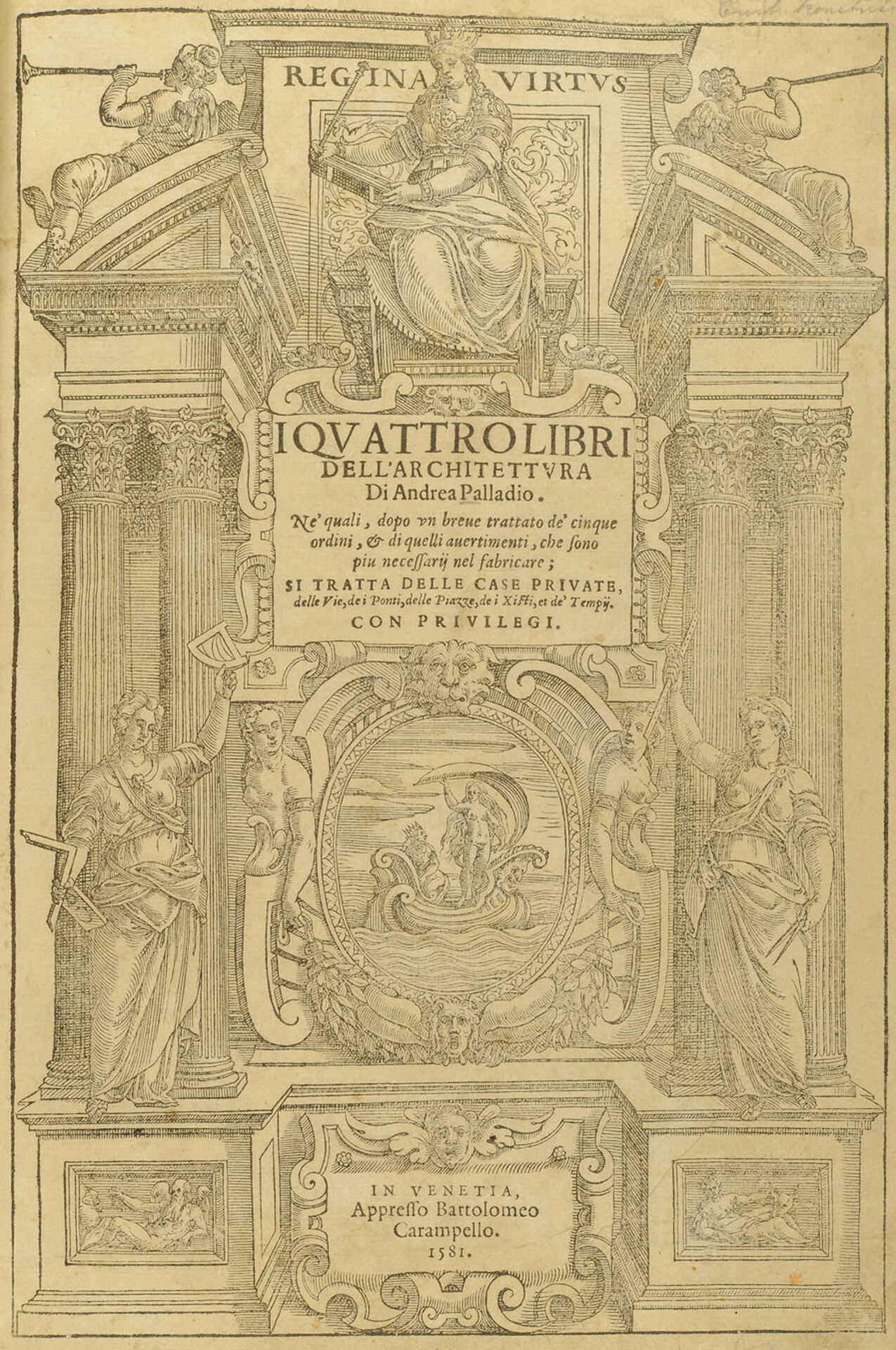 Page from I quattro libri dell'architettura by Andrea Palladio