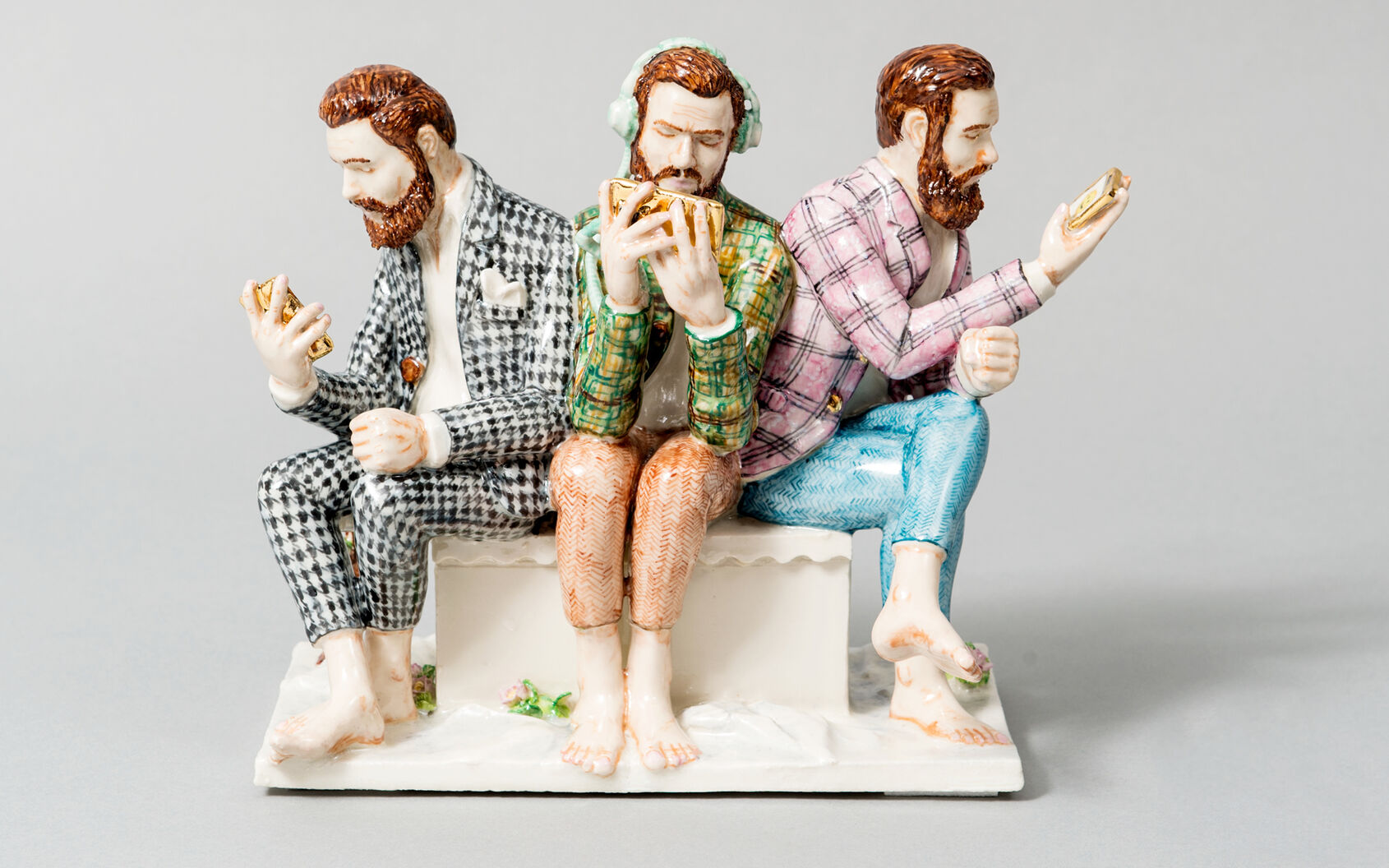 The 2019 Young Applied Artists goes to the ceramist Alexander Tallén from Stockholm. With a fascination for a smaller format, he presents the times we live in as figurines, displaying inspirations from the 18th century. The scholarship is worth SEK 100,000 and is being presented by the Bengt Julin Fund, administered by the Friends of Nationalmuseum, at a ceremony which will take place on 21 November.

With a clear link to the figurine trends of the 18th century, Alexander Tallén creates unique pieces that communicate a contemporary message. Both his creative process and the expressive design makes the distinction between art and craft feel irrelevant. Alexander Tallén uses himself as a motif, which turns the figurines into multifaceted visual and mental self-portraits. With his black beard and elegant patterned clothing, he personifies a vain image of masculinity, urban and current. His characters evoke dreams and otherworldliness. His artistry comprises a personal gallery of both men and women, each with their own character and dressed in a multitude of colours and patterns. The artistic expression is both complex and original in this tiny form. There is also a fondness for the wonderfully rococo and kitschy.

The ceramist Alexander Tallén was born in Stockholm in 1988 and has studied at Nyckelviksskolan, Leksands Folkhögskola and Konstfack in Stockholm. He earned his Master's Degree at Konstfack in 2015. Alexander Tallén’s work has been represented at Nationalmuseum since 2016, Röhsska Museum of Design and Craft, Gothenburg Museum of Art and Malmö Art Museum. Since 2013, he has displayed his works both in group and solo exhibitions. Most recently, he was part of the Six Centuries of Contemporary Art exhibition at Nationalmuseum Jamtli in Östersund in 2018, and Figures and Figurines at Rian designmuseum in Falkenberg during the summer of 2019.

“I find joy in letting old traditions collide with new styles. I want to use porcelain figurines with vibrant colours to shine a spotlight on the issues of our own time,” says the artist Alexander Tallén. 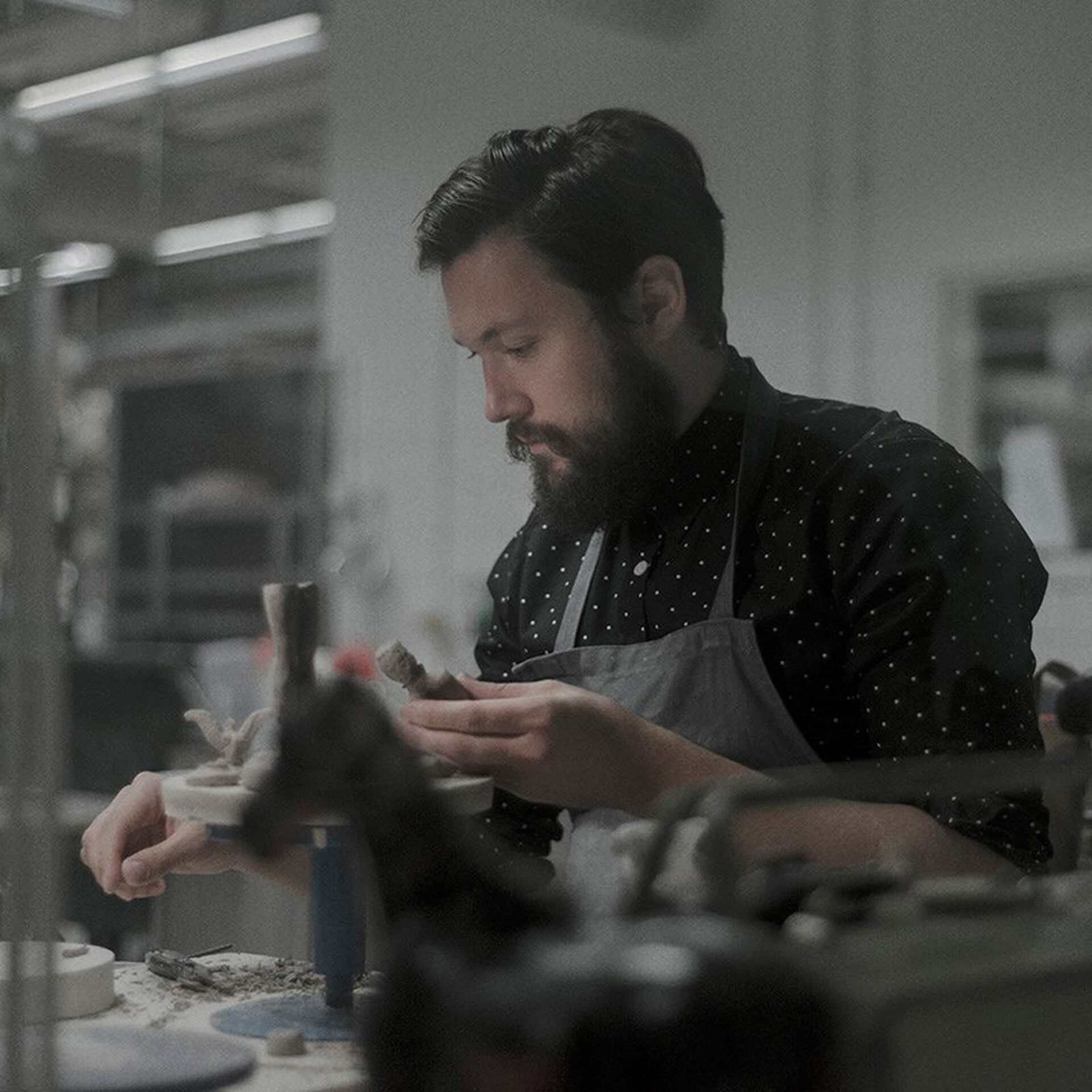 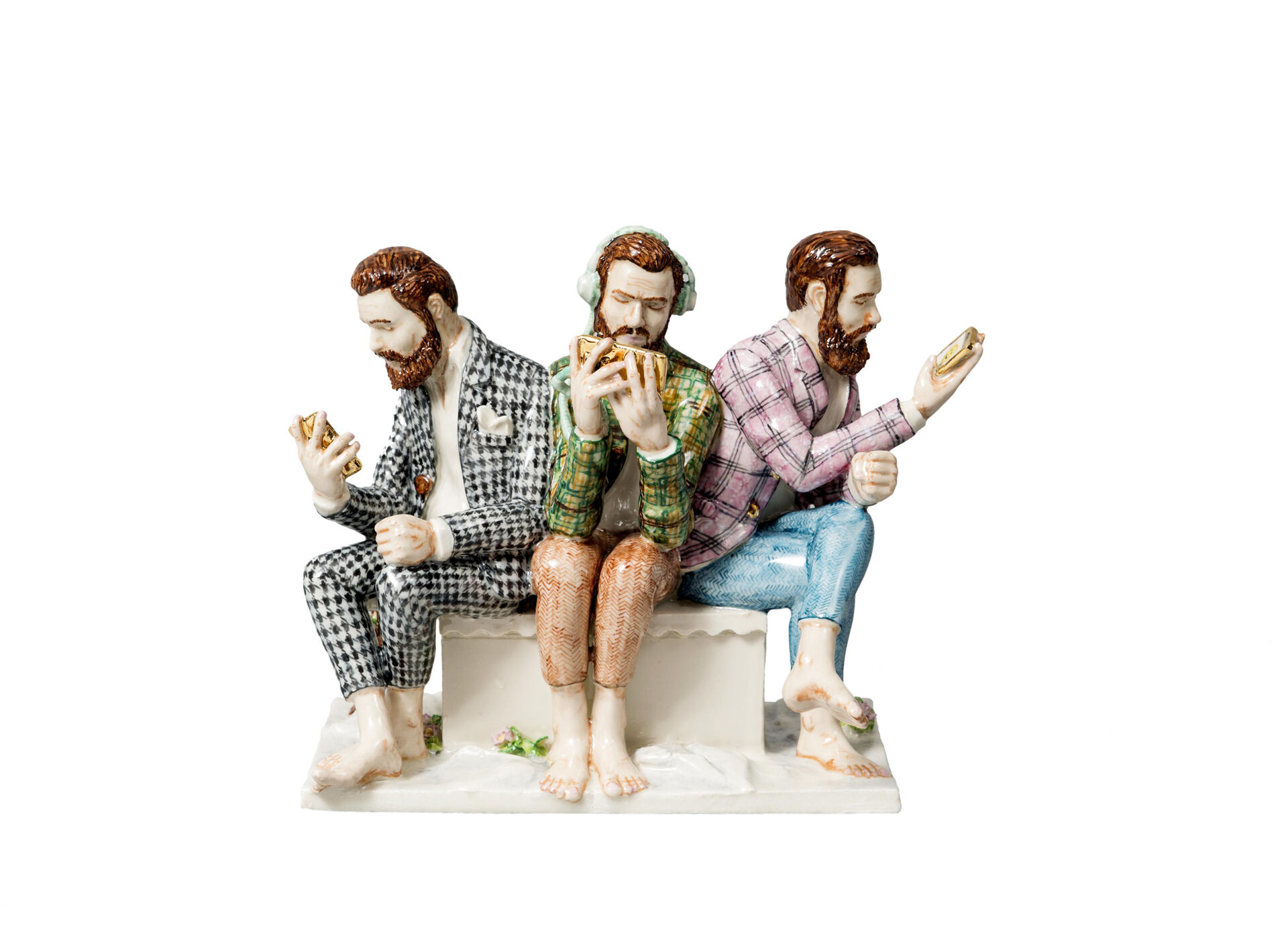 Citation of the jury

Using the ambition and vanity of the modern man as his primary motif, Alexander Tallén has revitalised the art of the figurine and introduced it to a whole new audience. He combines motifs and details of the classic 18th century porcelain figurine with references from our current social climate in a skilful fashion. As descriptions of customs, as conversation pieces and as multifaceted ceramic creations, his art has carved out its very own domain in Swedish craftsmanship.

The Young Applied Artists award was founded by Bengt Julin in 2001. Its purpose is to recognize the work of emerging applied artists under the age of 35 working primarily in Sweden. The award of SEK 100,000 is given out biennially by the board of the Bengt Julin Fund, on the advice of an appointed jury. Past recipients include Märta Mattsson (2016), Ida-Lovisa Rudolfsson (2014), Simon Klenell (2012), Karl Magnus Nilsson (2010), Helena Hörstedt (2008) and Christian-Pontus Andersson (2006).

The scholarship will be presented at a ceremony held at Nationalmuseum on 21 November.