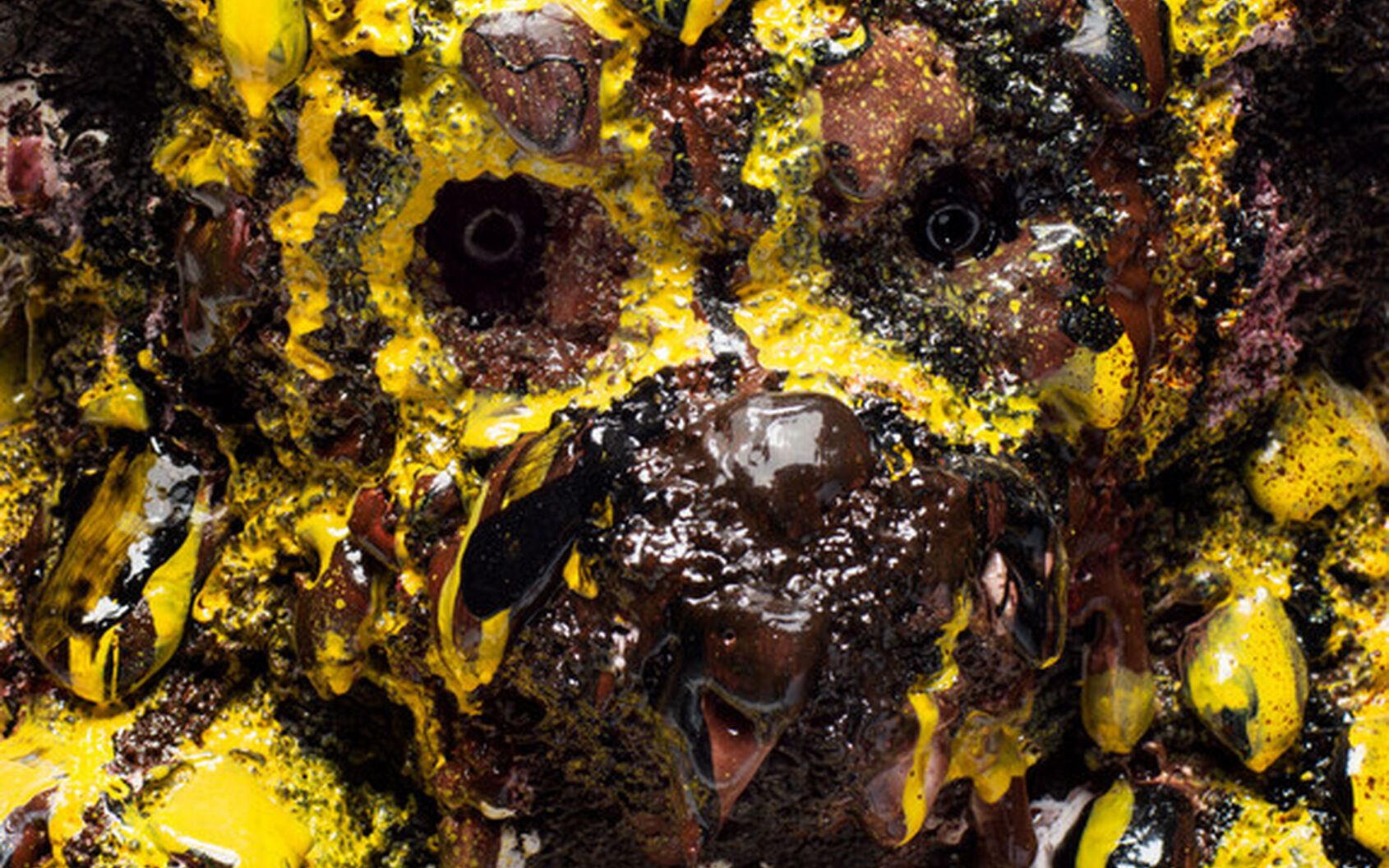 Nationalmuseum has acquired a ceramic sculpture of a bear by Carl Richard Söderström. In the piece, titled Dancing Bear, the artist reasserted his mastery of colour and reconnected with his background as a painter. The sculpture follows in a long tradition of animal portraits in Swedish ceramic art.

Earlier ceramic sculptures by Carl Richard Söderström (born 1960) were monochrome black or white. He explored the structure of clay and form by creating organic outgrowths with stripes or cavities. In Dancing Bear (2021), he believes he reasserted his mastery of colour and reconnected with his background as a painter, which is why he regards this as a key work in his oeuvre. 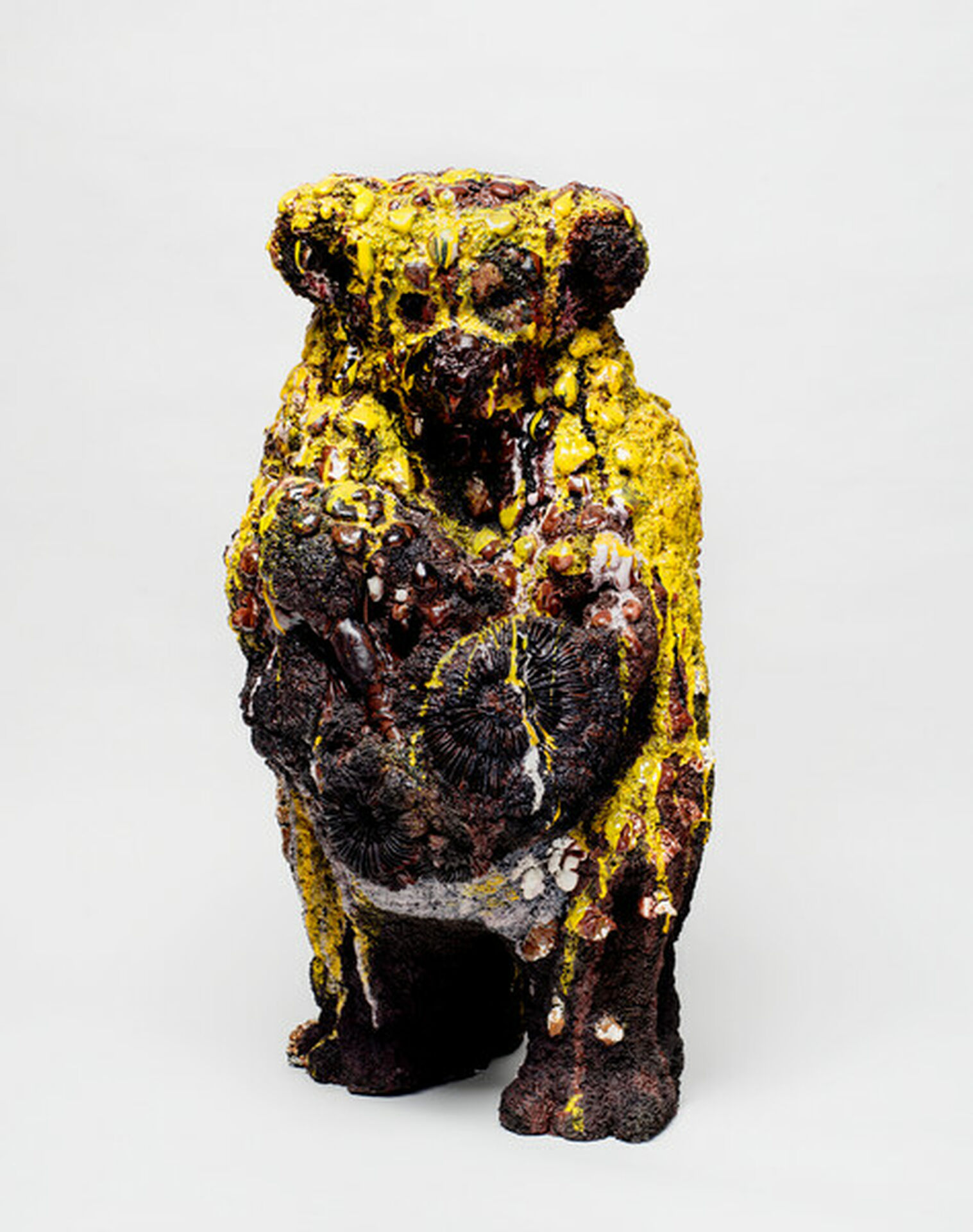 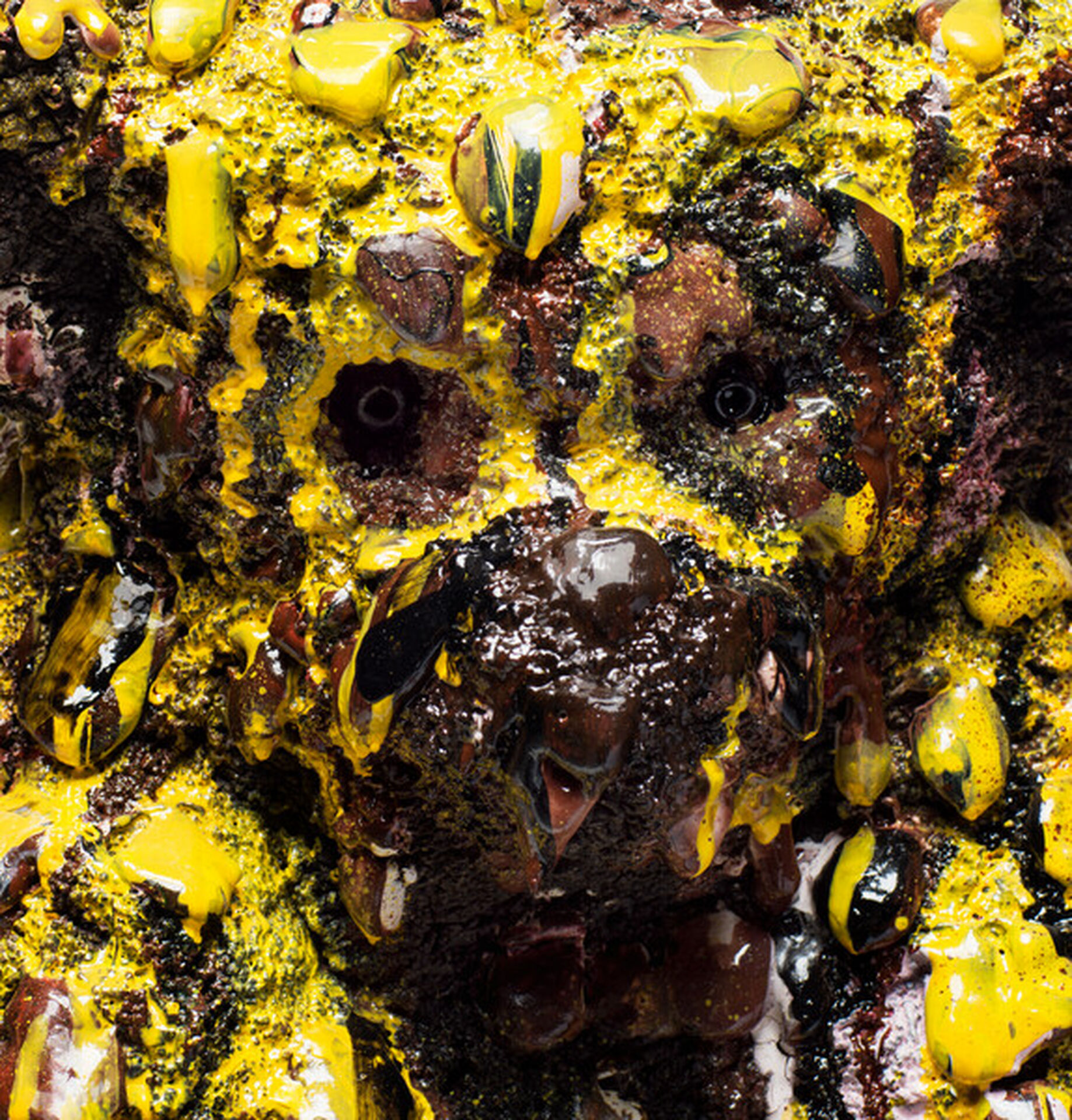 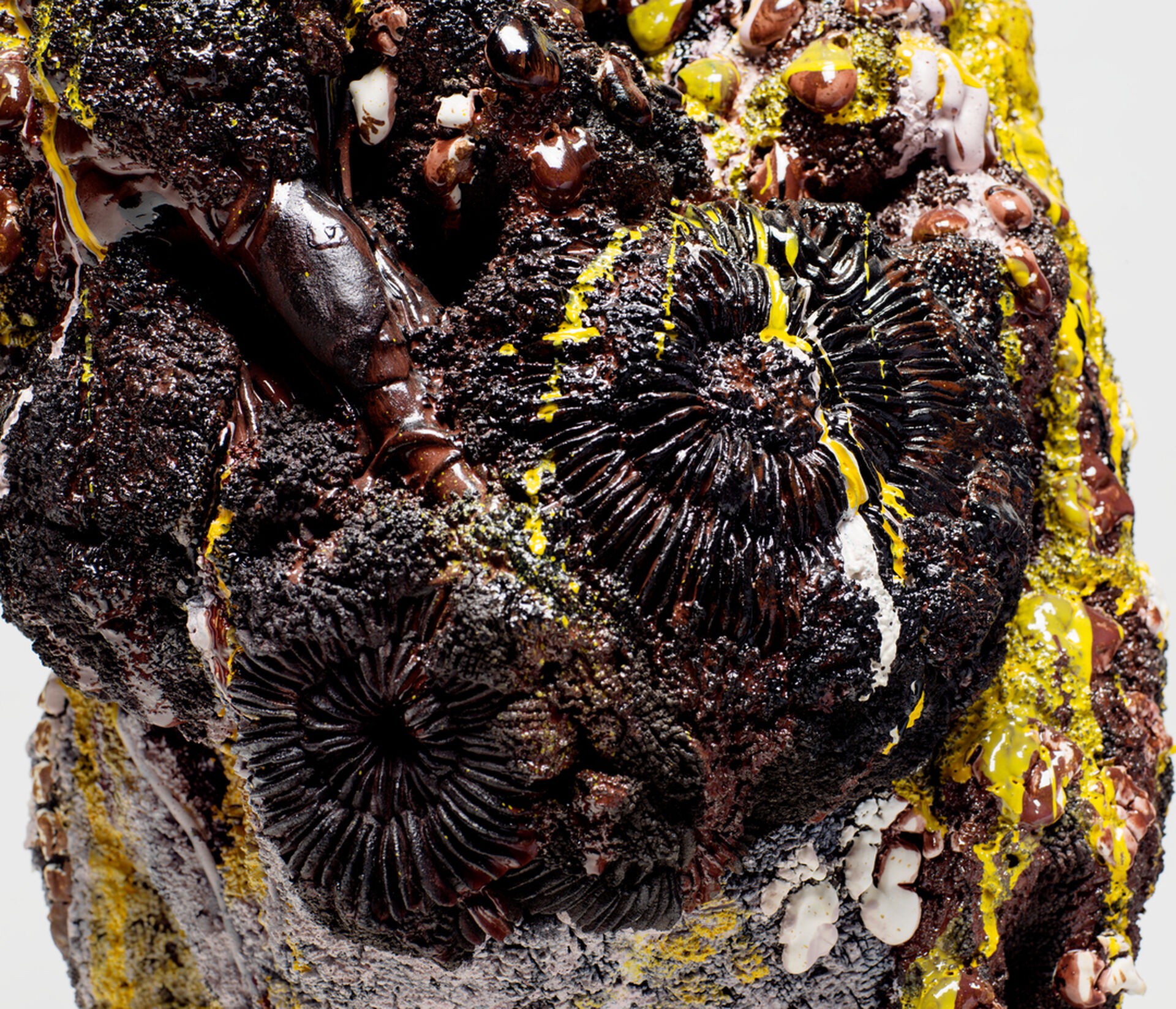 The sculpture stands 70 centimetres high and is crafted from black stoneware clay. It was fired three times at high temperatures with multiple layers of thick glazes, followed by two firings at low temperatures after the application of porcelain paints. This process resulted in a variegated, rough, living surface. The final yellow glaze appears to have been poured over the bear as if someone had emptied a can of yellow paint over it – a colour alien to its natural element, which exacerbates its gloomy expression. According to Söderström, the title Dancing Bear refers to circus bears: animals held captive and trained to perform acts that do not come naturally to them in order to entertain an audience. This is why the bear is so unhappy.

“This bear looks tired and sad. It is standing on its hind legs with its front paws dangling by its sides. Its matted fur is covered in paint. Perhaps it is meant to remind us of how humanity’s material prosperity comes at a price – a price paid by nature,” explained Cilla Robach from Nationalmuseum.

Animal portraits have a long tradition in 20th-century Swedish ceramic art. The Nationalmuseum collection includes works by Gunnar Nylund, Tyra Lundgren and Lisa Larson. Standout works from modern times include a fox by Frida Fjelllman (NMK 2/2008), dating from 2007, and a hare by Margit Brundin (NMK 24/2012), dating from 2012 – both carefully executed portraits of the animals as individuals. Carl Richard Söderström’s bear adds another personal perspective to this tradition. 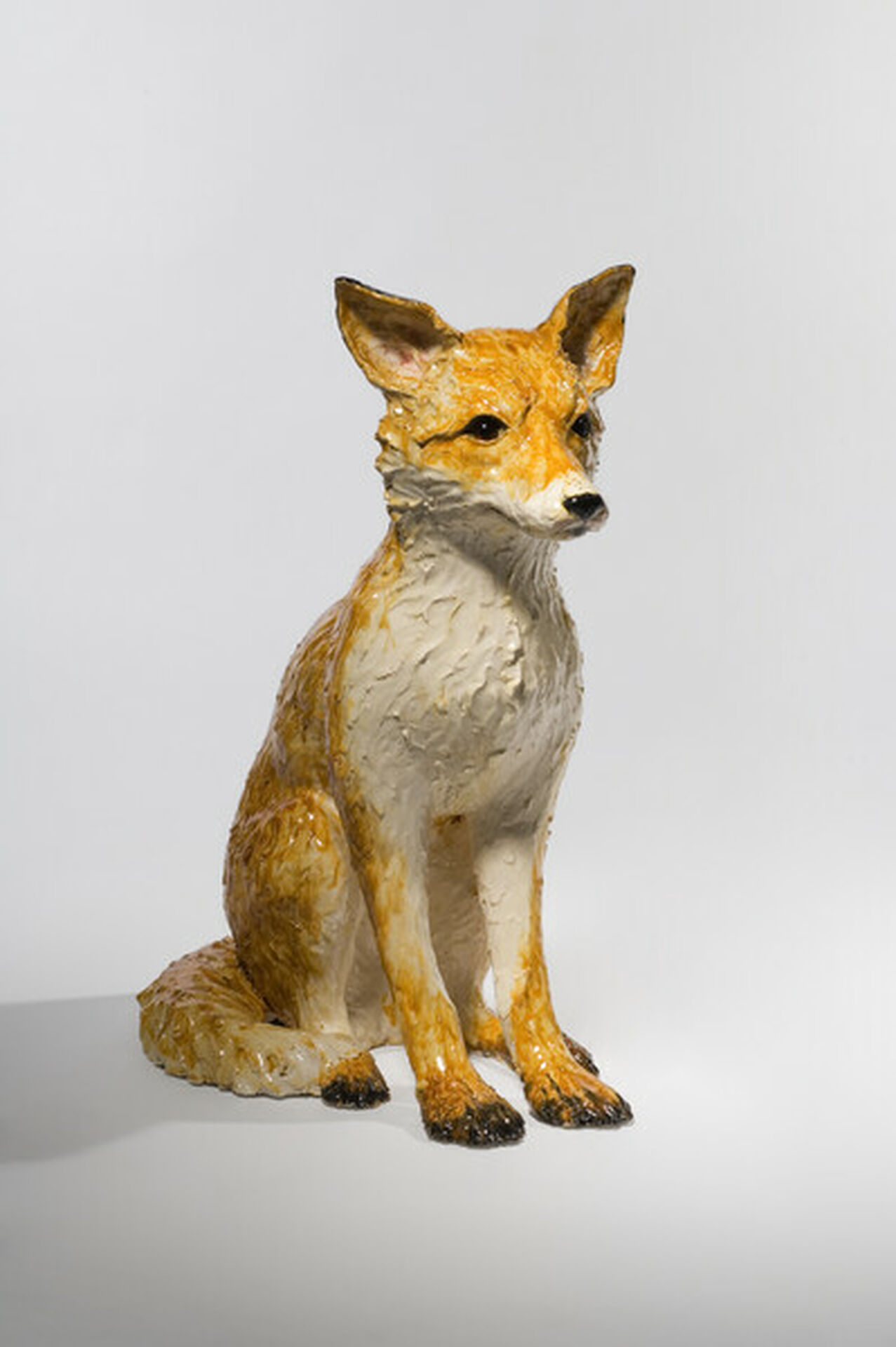 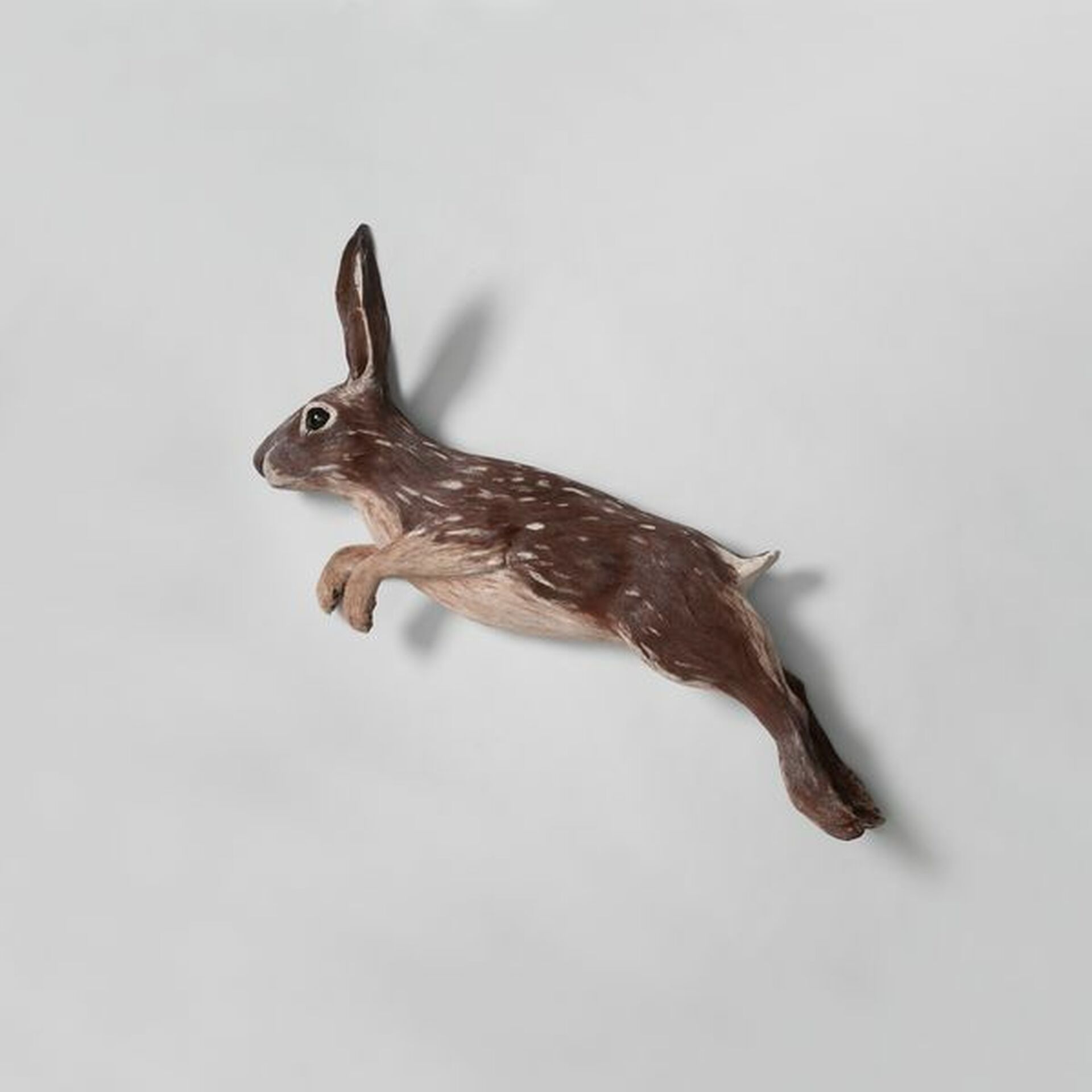 Nationalmuseum receives no state funds with which to acquire design, applied art and artwork; instead the collections are enriched through donations and gifts from private foundations and trusts. This acquisition is a generous gift from the Bengt Julin Fund through the Friends of Nationalmuseum.