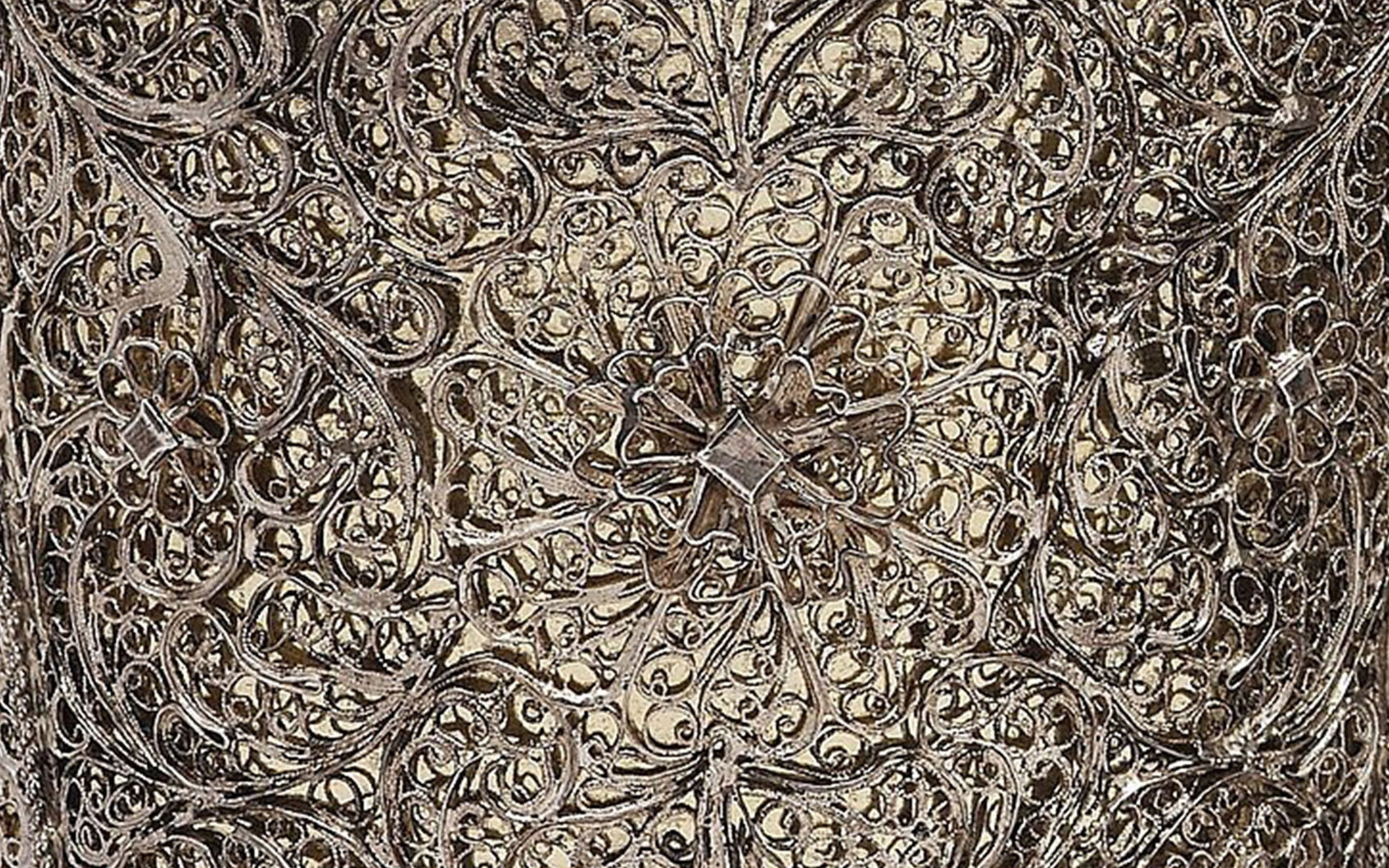 Nationalmuseum has received as a fine gift two filigree beakers with covers in partly gilded silver, produced by Rudolf Wittkopf in Stockholm in 1698. They are not only exquisite examples of Swedish crafts from the end of the 17th century, but also tell of a somewhat strange episode in the history of Swedish diplomacy. The beakers are a very generous gift by Märta Christina and Magnus Vahlquist via The Friends of Nationalmuseum (Nationalmusei Vänner).

The two magnificent beakers are made by the German goldsmith Rudolf Wittkopf, born in Stade, Lower Saxony, who became a well-respected master of the trade in Stockholm in 1687. They are made in a filigree technique, an ancient decorative technique derived from the Latin filum (wire) and granum (grain). According to German fashion, a loose-lying cladding was built up of thin twisted silver wires interspersed with melted grains and dots. Together they formed a complicated pattern in several layers, and the cladding was then placed outside a smooth form or “pokal.” The acquired beakers are fully gilded, and the expression is characterised by a contrast between the shiny gilding and the matte silver in the wires of the cladding. Wittkopf is considered to be perhaps the foremost in Carolinian times who specialised in filigree technique.

The beakers were part of a total of sixteen pokals which together with 108 other silver objects were sent to Moscow in 1699 with a Swedish embassy. They weigh a bit over one kilo each and are examples of the short flowering of filigree technique in Sweden before 1700. Charles XII’s silver gift to Tsar Peter I consisted of both a richly ornamented German baroque silver and tighter Swedish-made pieces. When the gift arrived in Moscow and was handed over by the Swedish delegation led by the Hovkansler and Baron Johan Bergenhjelm, the assessment made shows that the Russians preferred the German silver, but with one exception – the Swedish works in the filigree. Wittkopf’s large beakers, in particular, impressed, perhaps because the filigree technique also existed in Russia. Tsar Peter I is said to have been very fond of filigree, which is why these beakers were requisitioned to the new capital Saint Petersburg. Only a few of the filigree beakers have been preserved due to that the majority seems to have been destroyed in a fire in 1721 when the victory over the Swedes was celebrated. This makes the two beakers very exceptional. They came to Sweden when the Soviet state sold them via Bukowskis art auction house in 1931. Since then, they have only appeared at two other auctions, in 1998 and 2020.

The purpose of the Swedish Embassy in 1699 was to confirm the peace between the two kingdoms after the shift in the throne in Stockholm. They arrived in Moscow in the month of July, however it would not be until October before the Swedes were able to make their courtship of tsar Peter I. Then at that time he extended an invitation to a large banquet, made an attempt to drink the guests under the table, and became very intimate. Among other things, the tsar lifted the envoys’ wigs to see if they were grey-haired. On 3 December 1699, the Swedes travelled home and they could hardly have imagined that the tsar would, just a few days later, sign the great offensive assault alliance against Sweden, which led to war in 1700. Therefore the two magnificent beakers, which Nationalmuseum has now received as a gift from Märta Christina and Magnus Vahlquist via The Friends of Nationalmuseum (Nationalmusei Vänner), are not only examples of the most high-class Swedish silver from the Carolinian period, but at the same time resemble a dramatic turning point in the history of Swedish foreign policy. Nationalmuseum receives no state funds with which to acquire design, applied art and artwork; instead the collections are enriched through donations and gifts from private foundations and trusts.