Nationalmuseum has added two unique silver artefacts from 1715 to its collection. The acquisition of the pieces was made possible by a generous financial donation from Märta Christina and Magnus Vahlquist through the Friends of Nationalmuseum. The artefacts

New acquisition: An Allegory of War by Louis Masreliez 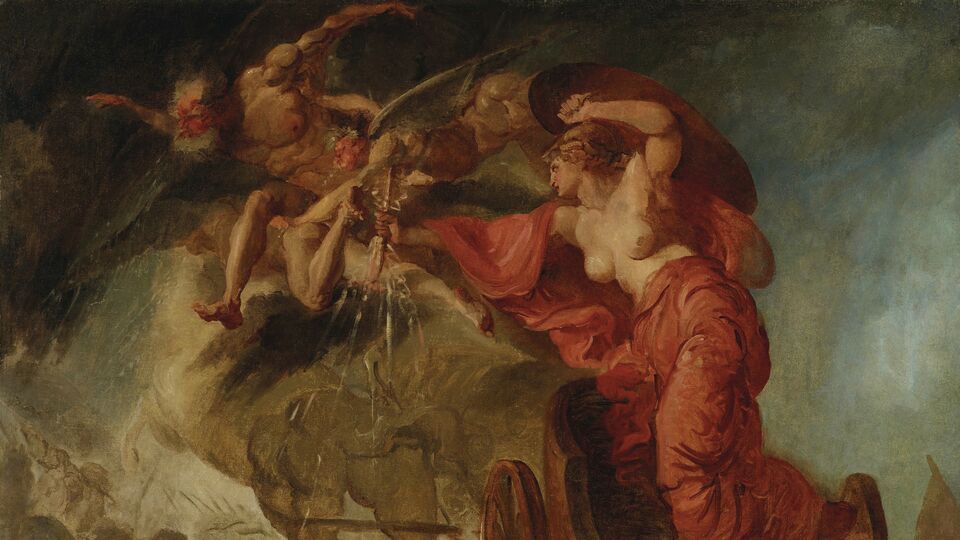 New acquisition: An Allegory of War by Louis Masreliez

Nationalmuseum has acquired An Allegory of War, a painting by Louis Masreliez originally intended to be one of two overdoor pieces for King Gustav III’s bedchamber in the royal palace in Stockholm. 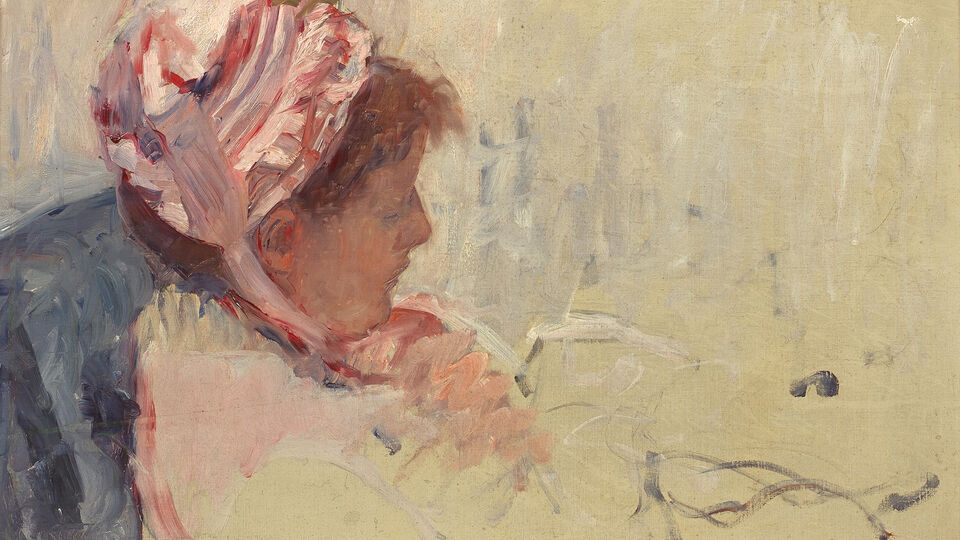 Nationalmuseum has recently acquired an oil painting by Mary Cassatt. The purchase is Nationalmuseum’s first acquisition of an Impressionist painting for over 50 years.

Nationalmuseum has acquired two portraits of women created by the Austrian court miniaturist Johann Eusebius Alphen in 1767. The portrayals of the models are unusually vivid, and the artist has even been carefully rendering the setting. The two portraits are 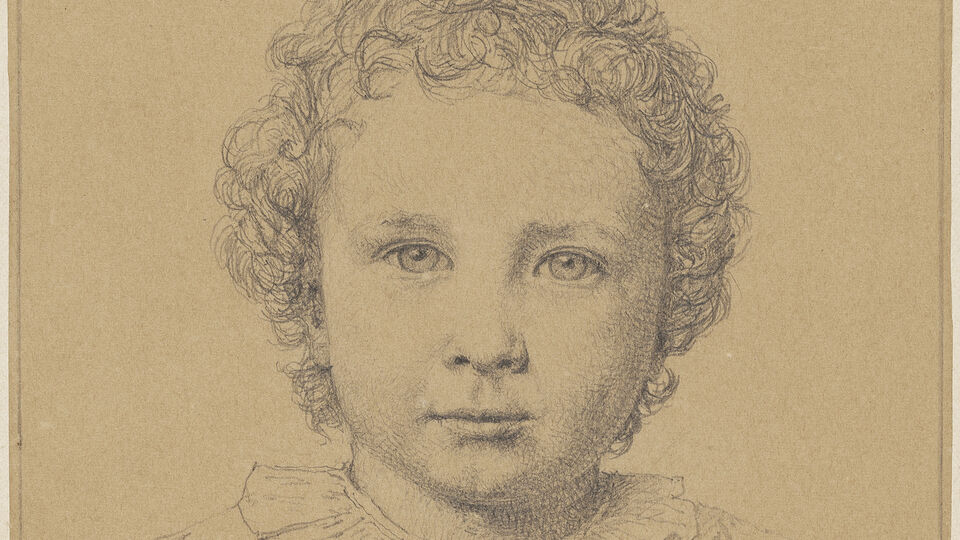 Nationalmuseum has acquired a portrait drawing of the two-year-old Carl von Nutzhorn, created by the Danish Golden Age artist Christen Købke in July 1830. The image of the little boy is not only unusually intimate, but is also one of the artist’s earliest

Pastel portrait by John Russell acquired for the collections

Pastel portrait by John Russell acquired for the collections

Nationalmuseum has acquired a pastel portrait of Lady Georgiana Cavendish at the age of six. The portrait is the work of John Russel, one of the era’s foremost pastellists. This is the first example of this particular art form by a British artist to be

Nationalmuseum has acquired an exceptional floral still life by the French artist Antoine Berjon, who in 1800 was one of the true stars of the French art world. The painting complements Nationalmuseum’s collections, which until now had lacked examples of 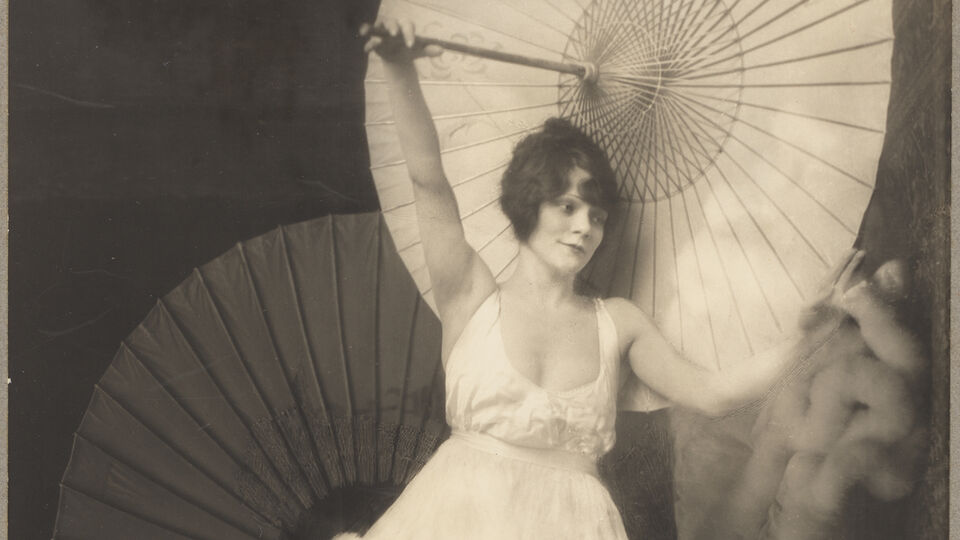 Nationalmuseum has acquired six photographs by Henry B. Goodwin. They are portraits of significant cultural figures from the 1910s and 1920s – actors, dancers and tightrope walkers. The photographs clearly show how Goodwin reflected the spirit of the times 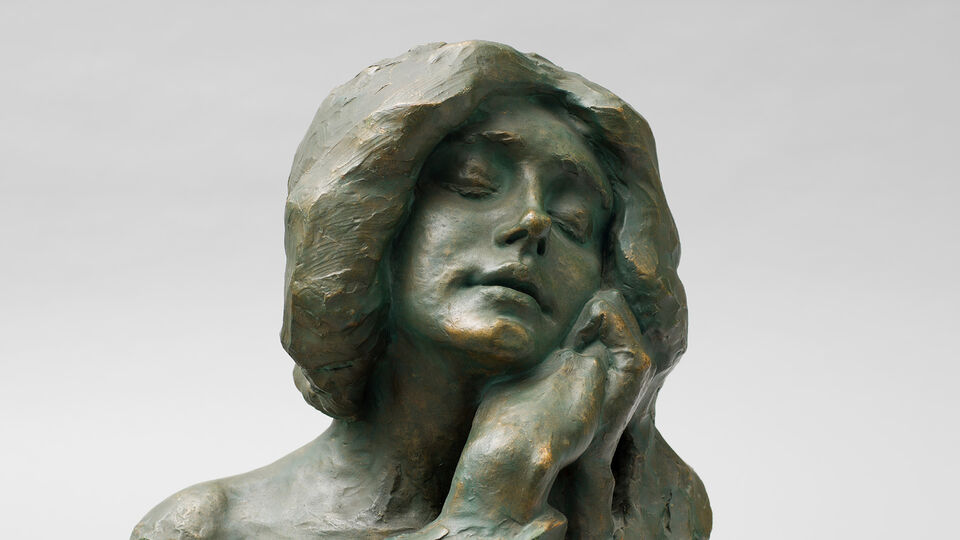 Nationalmuseum has acquired a sculpture created by the artist Alice Nordin. It is made of patinated plaster and depicts a woman resting the side of her face against her clasped hands. Research by the museum indicates that it is likely to be the sculpture A 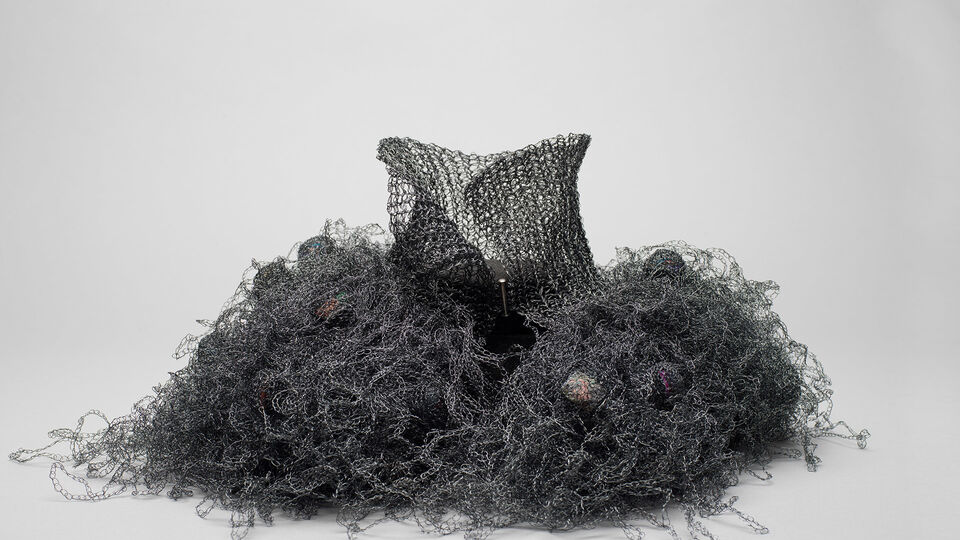 Nationalmuseum has been gifted Inger Blix Kvammen’s necklace Eternity Cap Kanin 2 by the Bengt Julin Fund, administered by the Friends of Nationalmuseum. The jewellery piece is a large crocheted, knitted and embroidered collar in oxidised silver, with

Nationalmuseum has acquired three portraits by Ivar Arosenius. The works depict the artists Nils Rosberg, Axel Törneman and Ida (Eva) Adler, and were produced during a particularly eventful period in Arosenius’ short life. They represent a

Nationalmuseum will continue with its rich selection of art and design exhibitions in the museum building on Blasieholmen in Stockholm next year. 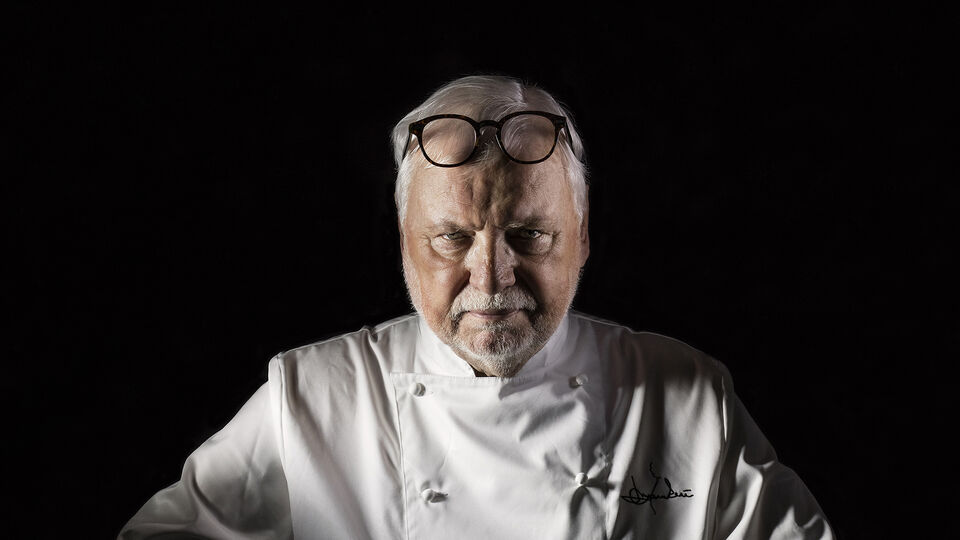 The model for this year’s Portrait of Honour is the food profile and restaurateur Leif Mannerström. The portrait was produced by the photographer Bruno Ehrs. He has captured both the model’s personality and his professional identity.

Nationalmuseum ihas recently acquired a self-portrait of the artist Maria Wiik and a portrait of Sigrid Lindberg by Hildegard Thorell. Both Wiik and Thorell studied in Paris at the end of the 19th century and specialised in portraiture. The acquisitions 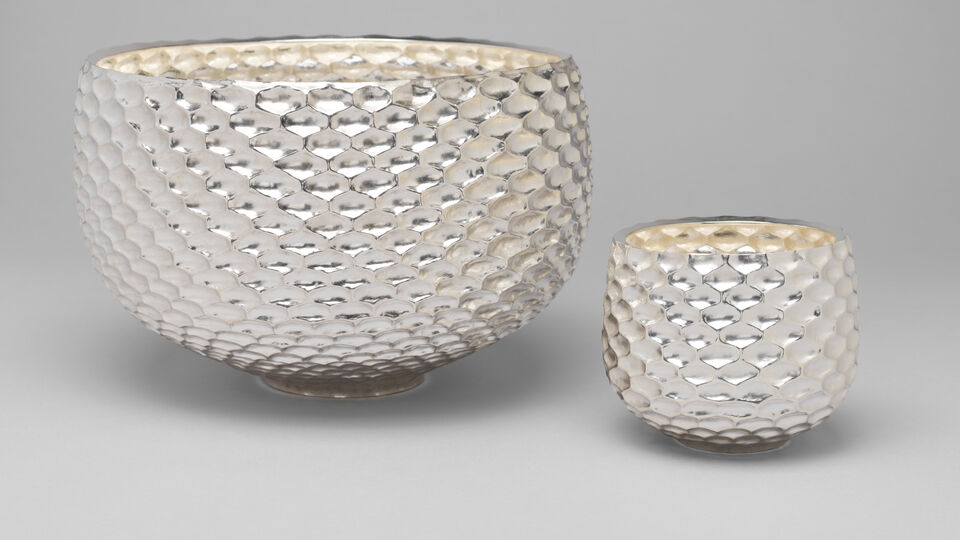 Nationalmuseum has received a generous donation from the newly formed Ulf Gillberg – Lennart Agerberg Foundation. The gift is the Big and Small Bowl from 2019 by the Danish silversmith Carsten From Andersen.

​Nationalmuseum has received a HI 56 Highchair as a gift to the collections. The orange children’s highchair was designed by the interior designer Stig Lönngren and was made of birch plywood by carpenter Lars Larsson. Both were members of the HI Group which 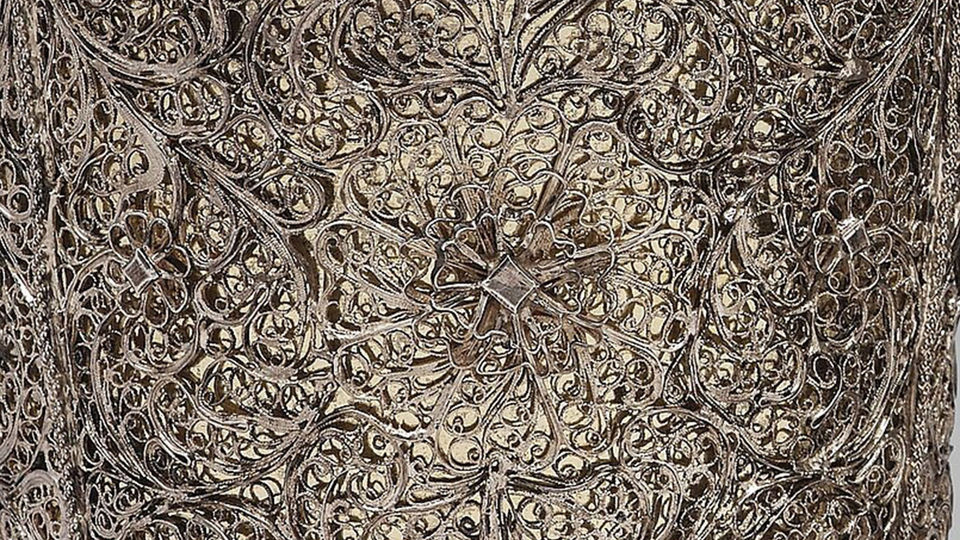 Nationalmuseum has received two filigree beakers with covers in partly gilded silver, produced in Stockholm in 1698. They are exquisite examples of Swedish crafts from the end of the 17th century and tell of a somewhat strange episode in the history of

​Nationalmuseum acquires magnificent urn made at the Gustavsberg Porcelain Factory

​Nationalmuseum acquires magnificent urn made at the Gustavsberg Porcelain Factory

​Nationalmuseum has acquired two drawings with views from the garden and park of Arcueil by the French Rococo master Jean-Baptiste Oudry. The drawings depict a geometrically landscaped garden with elements of a freer park in a state of picturesque decay.

Akseli Gallen-Kallela is one of Finland's most famous artists and commonly referred to as a master of Realism and Symbolism.The newly acquired model study is from beginning of Gallen-Kallela’s artistic career, when he was still studying in Paris.

​Nationalmuseum, Moderna Museet and ArkDes will be closed through April 14

​Nationalmuseum, Moderna Museet and ArkDes will be closed through April 14

​Nationalmuseum has acquired a central work in early Swedish photography, Johan Wilhelm Bergström's portrait of his wife Henriette Charlotta Catharina, probably created sometime in the mid-1840s. The incredible sharpness and delicate composition of the image 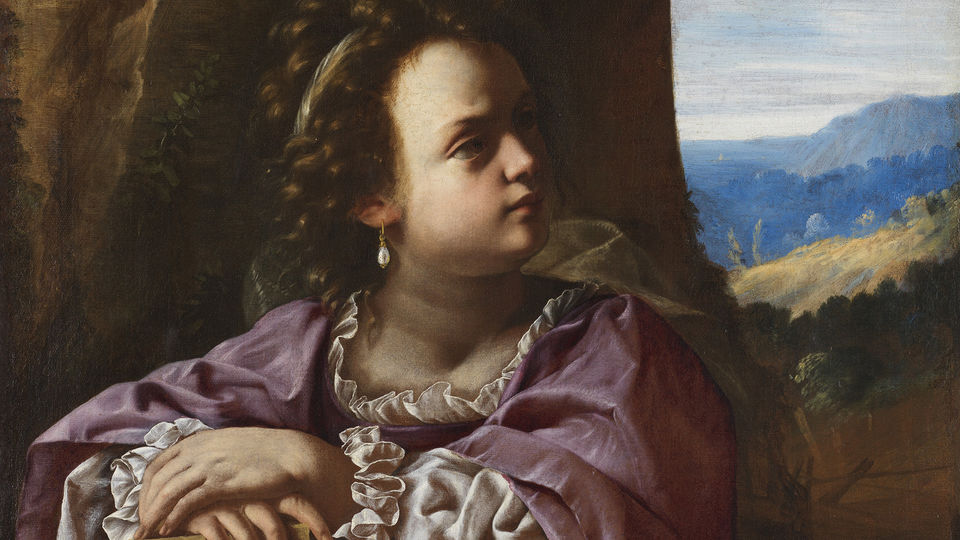 ​Nationalmuseum has made a sensational new acquisition of a painting by the Italian artist Artemisia Gentileschi. The motif is Saint Catherine of Alexandria, a theme which recurs several times in Artemisia’s oeuvre. The painting will be on display from

​Nationalmuseum has acquired two glass sculptures by Rasmus Nossbring. They are part of a group of five, comprising Nossbring’s degree project at Konstfack in 2017. The glass sculptures are portraits of his former colleagues at Reijmyre Glassworks, capturing